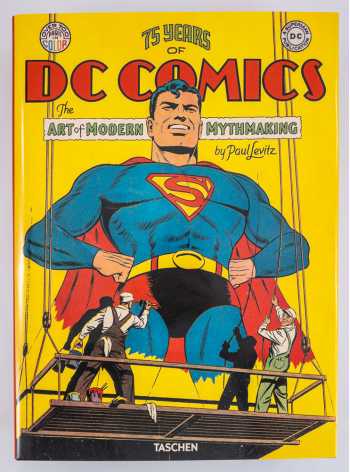 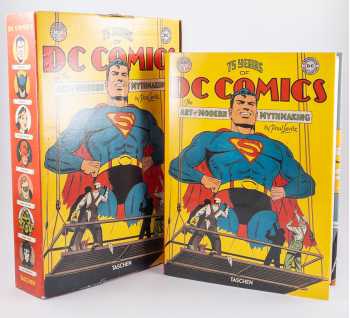 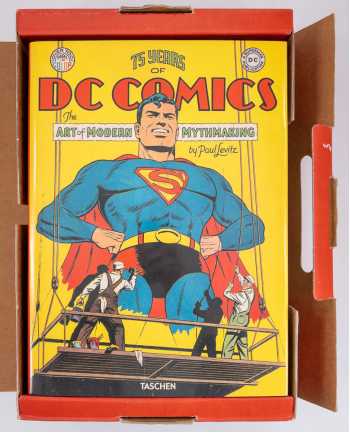 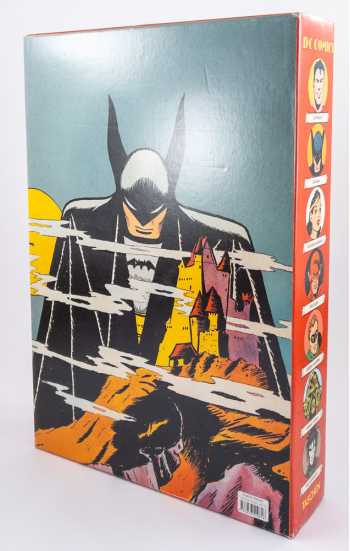 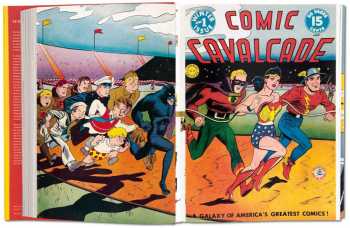 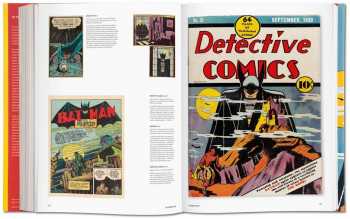 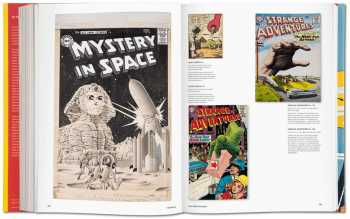 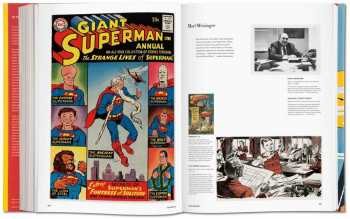 A beautiful copy of this massive illustrated history of DC written by Paul Levitz and produced by Taschen. This particular copy includes a 12 x 17 inch, 4-page, full-color promotional booklet that folds out to reveal the H J Ward painting of Superman.

Winner of the 2011 Eisner Comic Industry Award for Best Comics-Related Book of the Year.

In 1935, DC Comics founder Major Malcolm Wheeler-Nicholson published New Fun No. 1, the first comic book with all-new, original material--at a time when comic books were mere repositories for the castoffs of the newspaper strips. What was initially considered to be disposable media for children was well on its way to becoming the mythology of our time--the 20th century's answer to Atlas or Zorro. More than 40,000 comic books later, in honor of the publisher's 75th anniversary, TASCHEN has produced the single most comprehensive book on DC Comics, in an XL edition even Superman might have trouble lifting. More than 2,000 images--covers and interiors, original illustrations, photographs, film stills, and collectibles--are reproduced using the latest technology to bring the story lines, the characters, and their creators to vibrant life as they've never been seen before. Telling the tales behind the tomes is 38-year DC veteran Paul Levitz, whose in-depth essays trace the company's history, from its pulp origins through to the future of digital publishing.

Year-by-year timelines that fold out to nearly four feet and biographies of the legends who built DC make this an invaluable reference for any comic book fan.

Paul Levitz is a comic-book fan who has worked as editor/publisher of The Comic Reader, editor of the Batman titles and others, writer of over 300 stories--including an acclaimed run on Legion of Super-Heroes--and a DC Comics executive, finishing his 38-year stint with the company as President and Publisher. He returned to writing in 2010 with a new series of Legion stories and other projects.