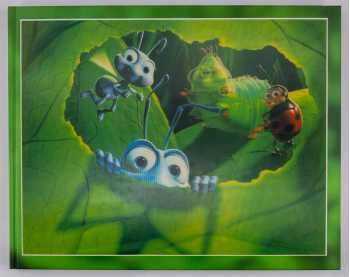 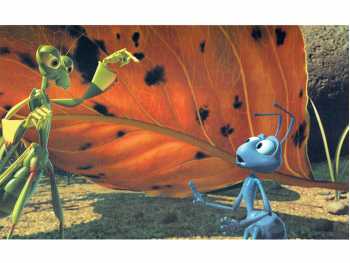 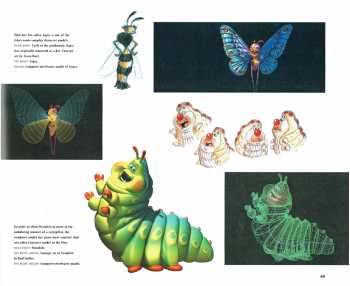 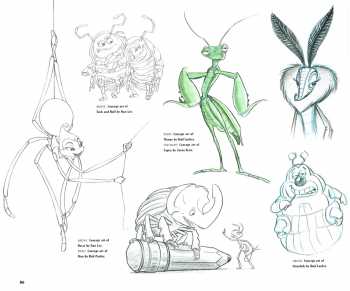 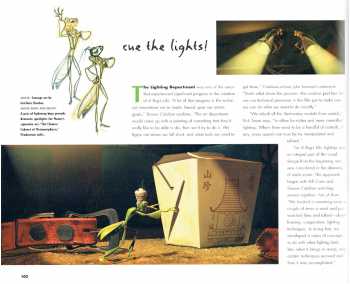 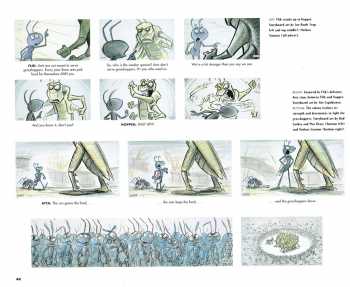 A Fine First Printing of this 1998 book on Pixar's second feature, directed by John Lasseter and co-directed and written by Andrew Stanton.

This book details the art and making of an epic of miniature proportions. Filled with more than 300 full-color and black-and-white illustrations, A Bug's Life: The Art and Making of an Epic of Miniature Proportions takes readers on a behind-the-scenes look at the inspired artistry and new wave of technology that worked together to create an extraordinary film. Meet the artists and technicians whose inspirations pushed the level of computer animation down to a whole new level. Examine the unfolding of the creative process, which Academy Award-winning Director John Lasseter describes as one in which "art challenges technology and technology inspires art." Observe close up how that process resulted in both the development of a moving story of how one ant's courage to be different changed an entire colony and the creation of a visually stunning world seen literally from the ground up. This book is a tribute to the talents of the filmmakers and a must-have for anyone interested in the magical world of film animation.