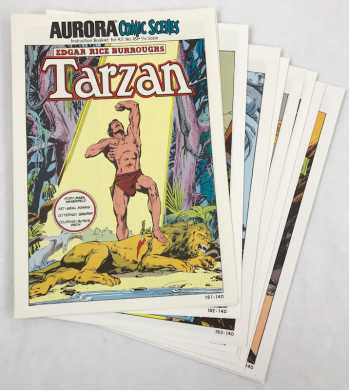 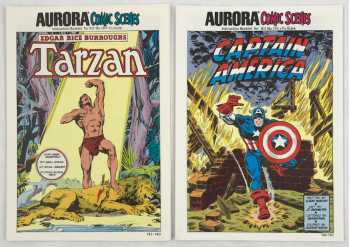 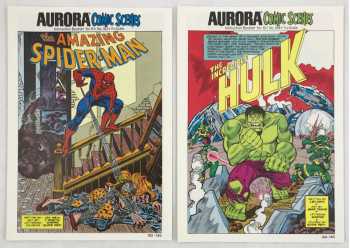 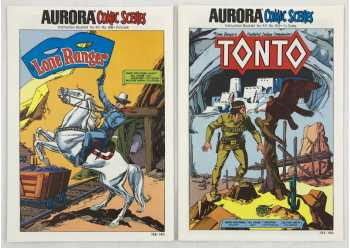 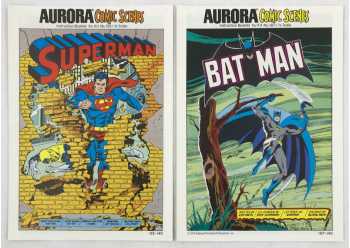 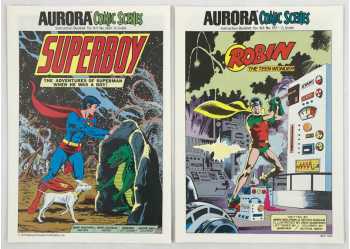 The Aurora Comic Scenes were a plastic model kit series made in 1974-75. These model kits were superhero dioramas or "Comic Scenes." All ten kits featured popular comic book characters from both Marvel and DC, including Superman, Batman, Spider-Man and the Incredible Hulk! Each kit included an 8-page color comic book drawn by comic book artists like Neal Adams, Dick Giordano, Gil Kane, and Curt Swan. Because of the rarity of the books and the way in which they were distributed, they are difficult to find in collectible grades.

The 8-page color comic booklets have 2 pages of model assembly instructions and 6 pages of comics. These proof copy, Aurora booklets are in comic book grade Near Mint - Mint condition with only light signs of handling as they came from the printer. Corners and edges are overall sharp. Captain America booklet may have been slightly mis-folded at the printer.

Kits numbers and artists are: