Sign in | Register
HomeNew ArrivalsA Crime Does Not Pay Primer: Blackjacked and Pistol-Whipped 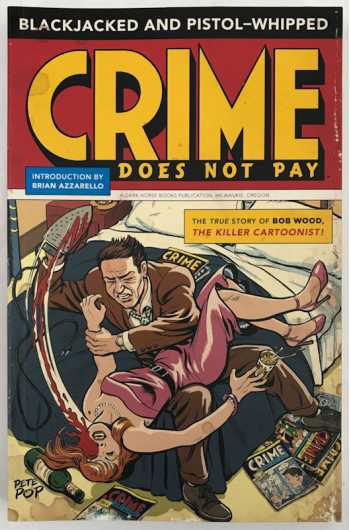 This volume and Crime Does Not Pay Archives Vols. 1-9 are all out of print.

Gangsters, kidnappers, maniacal killers, and thugs of all stripes had their lurid stories recounted in Crime Does Not Pay! Featuring thrilling, brutal tales and disturbing, despicable characters, Crime Does Not Pay enthralled a nation and was the most popular comic book of its time. The series was a favorite target of Dr. Fredric Wertham and other censors and is partially responsible for the creation of the Comics Code Authority--yet it was also an inspiration for Harvey Kurtzman's reality-based EC Comics. See why this series was both revered and reviled in this unique "best of" primer!

* Crime Does Not Pay editor Bob Wood brutally murdered his girlfriend and was later murdered himself! This fascinating sidebar is detailed in an essay by cartoonist, historian, and co-editor Denis Kitchen.

* Contains a selection of stories from across the series' run in the 1940s, a new cover, an illustrated essay, and an introduction.