Sign in | Register
HomeNew ArrivalsA Strange and Beautiful Sound
Save 10% 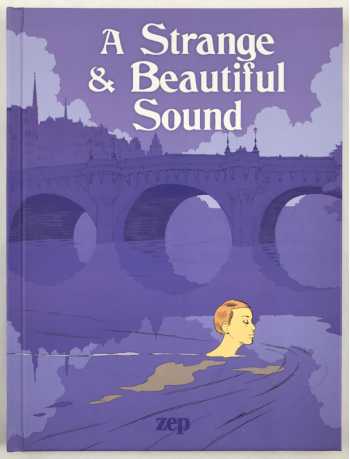 Titeuf is one of France's most popular comics, with a huge readership, outselling traditional French favorites such as Astérix and Lucky Luke. By 2008, Titeuf was selling over 1.8 million copies per year, three times the next most popular series. Titeuf has been translated into 15 languages, including Chinese, Italian and German.

So, of course, Zep's only graphic novels in America are his dramas....

Where is life's value? In the noise and fury, or in the silence and contemplation? In the struggles or in the peace?

William chose silence 25 years ago when he joined the Carthusian religious order. But when an inheritance requires his presence in Paris he returns to a new world, full of questions he stopped asking long ago. There, a chance meeting with a determined woman and her unique beliefs force William to contemplate the inner peace he so resolutely seeks. Presenting the second English language release from international illustration sensation ZEP.