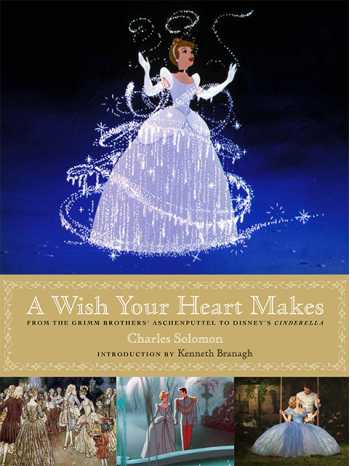 With its kind heroine who receives her just reward-and a dashing prince-with the help of her Fairy Godmother, "Cinderella" is one the most beloved fairy tales throughout the world. Although the most popular versions appeared in Charles Perrault's Histoires ou contes du temps pass ("Stories or Fables of Times Past") (1697) and the Grimms' "Fairy Tales" (1812), the story can be traced back to the story of Rhodopis, a Greek slave girl who marries the pharoah of Egypt, which Strabo recorded in the first century B.C.E.

In the late nineteenth century, British follklorist Marian Roalfe Cox catalogued 345 variations of the story.  For more than two thousand years, children and adults have read and watched as Cinderella endured cruel mistreatment without complaining-and met her prince before the stroke of midnight. A Wish Your Heart Makes will trace the history of the fairy tale, emphasizing its strong ties to Walt Disney and his studio.

Major artists who illustrated the story of Cinderella range from Aubrey Beardsley, Edward Burne-Jones, and Walter Crane, to Gustave Dor , Edmund Dulac, John B. Gruelle, and Arthur Rackham. The story has been adapted to the stage many times, including the operas La Cenerentola by Giacomo Rossini and Cendrillon by Jules Massenet, the ballet by Sergei Prokofiev, and musical adaptations by Rogers and Hammerstein and Stephen Sondheim.

There have been scores of Cinderella films, beginning with a black and white short in 1907. But the most celebrated is Walt Disney's, one of his most beloved fairy tales-and the film that saved his studio, which had languished in the doldrums after the end of World War II. Years later, when a lunch guest asked Disney what his favorite piece of animation done at his studio, he replied, "I think it would be when Cinderella got her ball gown."