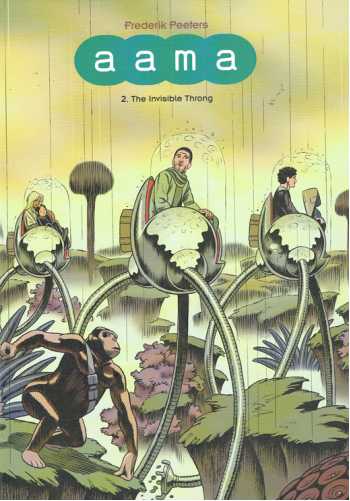 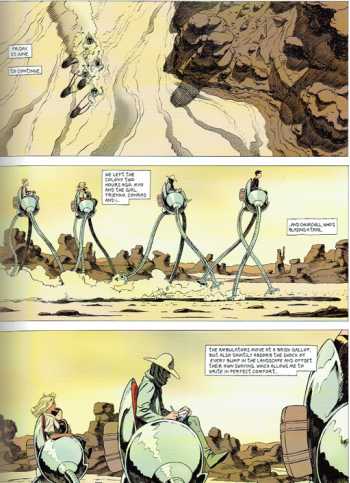 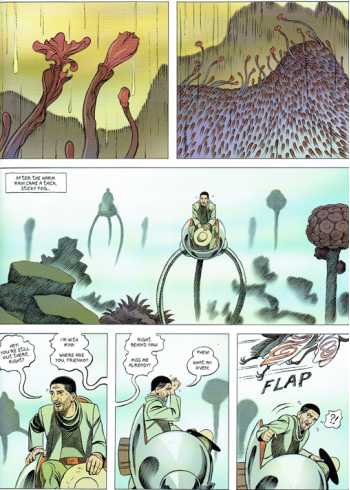 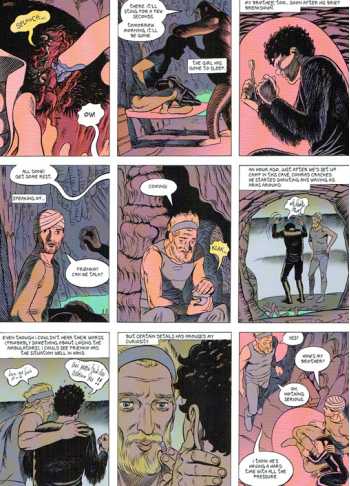 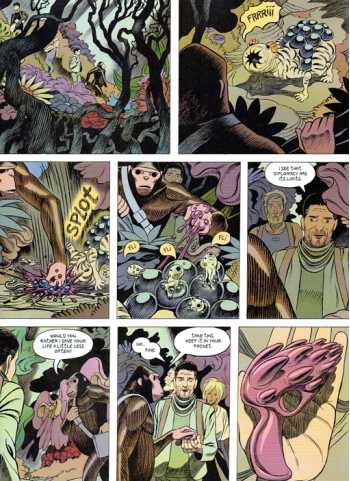 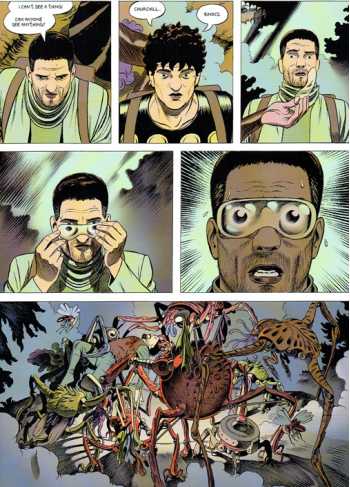 Peeters won the Best Series prize for the first two volumes of Aama.

Verloc Nim has traveled with his brother Conrad to the desert planet Ona(ji) to recover the mysterious biorobotic experiment aama. The planet is home to an abandoned group of scientists who have been left to their fate, and in this second volume of Frederik Peeters's critically acclaimed science-fiction series, Conrad sets up an expedition to find the professor who has taken aama to another part of the planet. With the assistance of their robot-ape Churchill, Verloc and Conrad embark on a journey that brings spectacular discoveries and unsettling encounters.