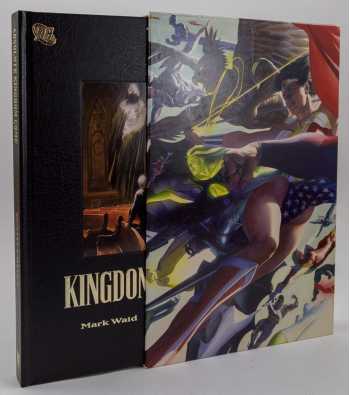 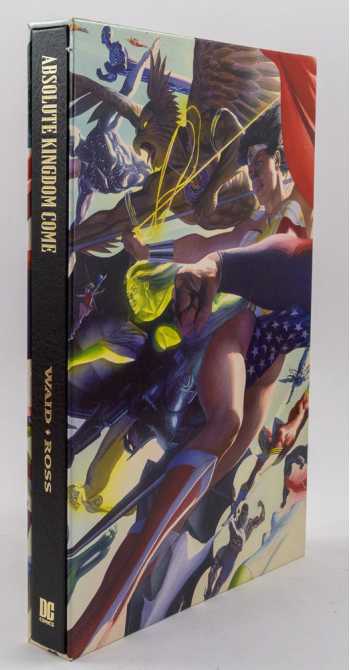 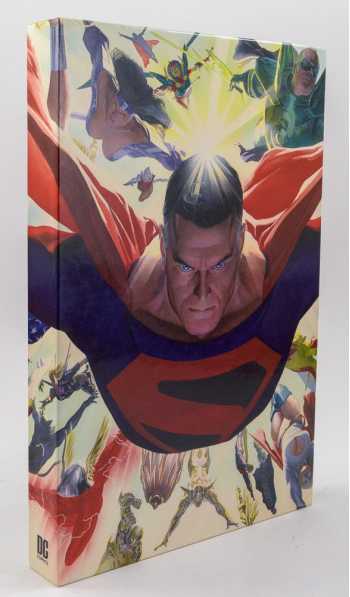 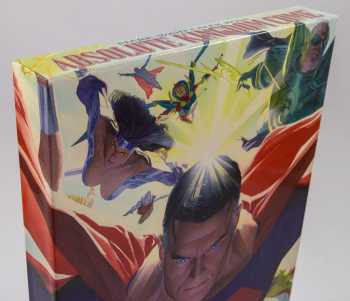 This is the first edition/first printing from 2006.

The unforgettable, best-selling miniseries by acclaimed writer Mark Waid and superstar painter Alex Ross returns in a special oversized, feature-packed Absolute Edition! Set at the dawn of the 21st century in a world spinning inexorably out of control, Waid and Ross weave a tale of youth versus experience, tradition versus change, and what defines a hero. KINGDOM COME is a riveting story pitting the old guard - Superman, Batman, Wonder Woman and their peers - against a new, uncompromising generation of heroes that declare war against each other to determine the future of the planet.

This Absolute Edition is a whopping 340-page slipcased hardcover featuring a new wraparound image by Ross. Also included is an extended character sketch section, a peek into Ross's own sketchbook, text pieces by Waid and Ross, annotations of the entire series, rare art (from magazines, trading cards, T-shirts, the novel and more), promotional images, a gallery of DC Direct Kingdom Come product, the evolution of a story page, and much more!

Near Fine (tiny bump to one corner, occasional light rubbing to the edges of the boards otherwise Fine) in Near Fine slipcase (light shelfwear)