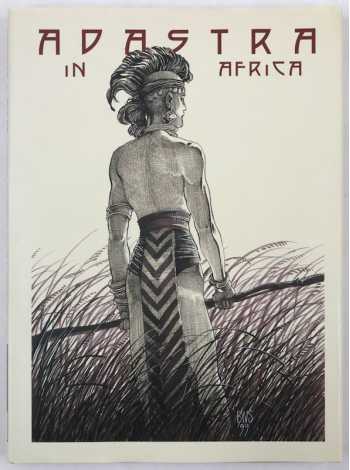 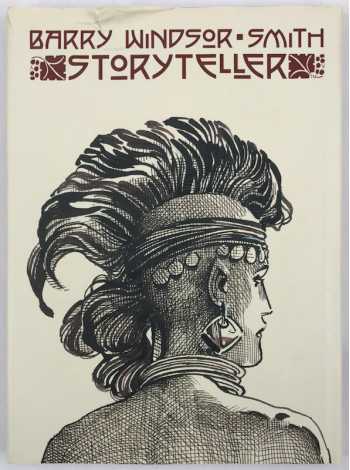 An aborted X-men comic featuring Storm transformed into a story about an African maiden. The artwork is beautiful and the black & white reproduction allows Windsor-Smith's detailed line work to really shine.

Originally conceived for X-Men, this story was re-invented by Windsor-Smith and recast with his character Adastra as a compelling, touching and magnificently drawn fable, with informative and amusing extras!

Barry Windsor-Smith originally conceptualized this self-contained adventure as the third "Lifedeath" story for Marvel Comics' Uncanny X-Men. The book was shelved for several years when Marvel claimed that Windsor-Smith's ending condoned and/or promoted suicide, an assertion that Windsor-Smith says is as laughable as it is unfounded. He refused to acquiesce to the editor's demands to change the story and pulled the book from them. He liked it so much, however, that he decided to rework it as an Adastra story shortly after undertaking the BWS: Storyteller series a few years ago. Now, more than a decade after it was begun, it is finally in print.

Adastra in Africa spotlights the young, exiled goddess traveling to an African village and striving to bring salvation to the famine-stricken area. It's a compelling tale of an outsider attempting to use her own non-traditional methods to help a defiantly proud people regain its vitality, without compromising the tribe's heritage and values. This stand-alone graphic novel features some of the most beautifully intricate and graceful drawing of Windsor-Smith's legendary career.