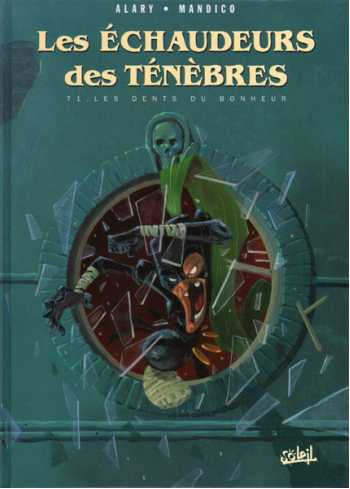 This is a first printing with a different cover (painted by Pierre) and beautifully illustrated endpapers. Text in French.

This rousing detective thriller is like a 1960s Hammer horror film. In Victorian London, a masked man breaks into homes under cover of night stealing the teeth of his victims. An aged detective and his Indian companion are set on the case. A monkey pet. A rooftop chase. Rats. An army of amputees. All manner of outrageousness and a feverish & satisfying finale, all told visually. Written as well as illustrated by the artist of Belladone. Text in French.