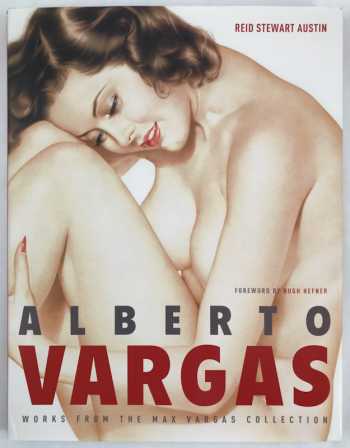 A modern retrospective of the artist's career featuring previously unpublished works (and other works never before reprinted since their first appearances in the 1920s, 30s, and 40s). Foreword by Hugh Hefner.

The storied and turbulent career of glamour artist Alberto Vargas took him from Florenz Ziegfeld's Follies in the 1920s to Hollywood in the '30s to Esquire magazine and the emergence of the "Varga Girl" in the '40s and, ultimately, to a lasting home at Playboy in the '60s and '70s. This is the first book on the works of Vargas in more than a decade, drawn from the collection of his nephew, Max Vargas. It is also the first to include a generous selection of his vivid original drawings and his finest work for Playboy magazine. Along with these highly sought-after pictures, the book features early unpublished works from the 1920s, unpublished sketches and watercolors rendered for Esquire, the celebrated Legacy Nudes, and more. The decade-by-decade narrative essay and captions are by Reid Stewart Austin, who worked with Vargas as his Playboy editor for nearly twenty years and who wrote the bestselling Vargas biography in 1978 with the artist.