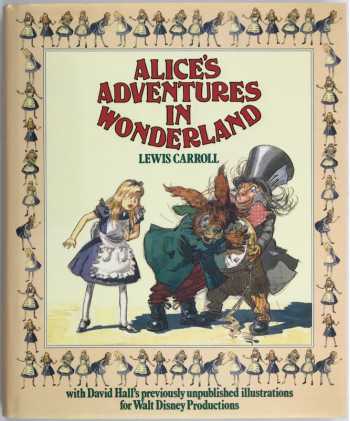 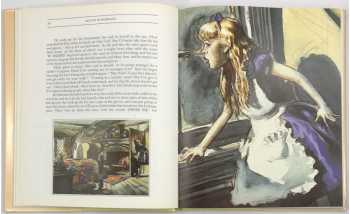 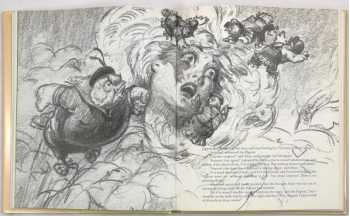 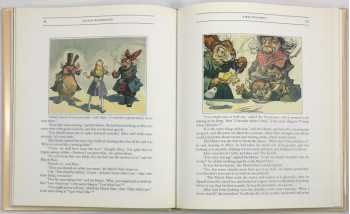 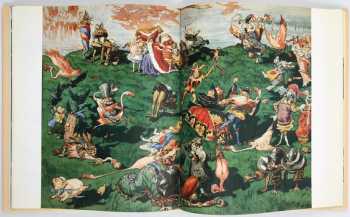 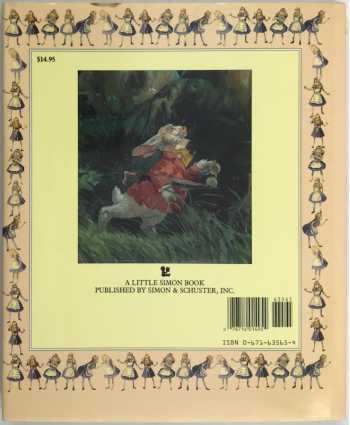 Lewis Carroll's original story accompanied by over 100 of Hollywood artist and designer David Hall's unused (and previously unpublished) paintings and drawings created for Walt Disney in 1939. Afterword by Brian Sibley.

The outstanding illustrations, in both color and black and white, contained in this edition of Alice's Adventures in Wonderland are the work of the Hollywood artist and designer, David Hall, and were made at the Walt Disney Studio in 1939, during the preliminary stages of planning an animated film of Alice in Wonderland. The film however, was shelved and Hall's illustrations were filed away in the Studio archives. When Disney's film of Alice finally went into production in 1948, Hall's stunning pictures were not used.

Now, for the first time, over 100 of David Hall's remarkable paintings and drawings are published as illustrations to Lewis Carroll's original story. Described by the few to have been privileged to see the original work as "beautiful, inspirational art", Hall's "forgotten" pictures of Alice are powerful, witty, imaginative and often surrealist. While keeping relatively close to the traditionally accepted appearance of Alice and her companions, Hall adds an extraordinary dimension to the text, capturing that elusive -- often funny, sometimes frightening -- atmosphere of dreamland. The illustrations are accompanied here by the Alice text that contains all the revisions made by Lewis Carroll shortly before his death.

An informative and detailed Afterword by Brian Sibley, an expert on the work of both Lewis Carroll and Walt Disney, is also included in the book. Sibley tells the full story of David Hall and his work on Alice at the Studio, the eventual making of what is probably Walt Disney's most curious and controversial film and the "rediscovery" of Hall's "forgotten" Alice artwork.

David Hall died in 1964 at the age of 58, but now, at last, after over forty years of virtual oblivion, his impressive visual interpretation of Alice takes its rightful place in the first division of illustrators of one of the world's most famous stories.