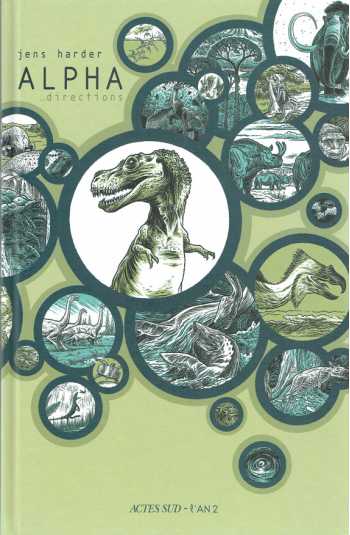 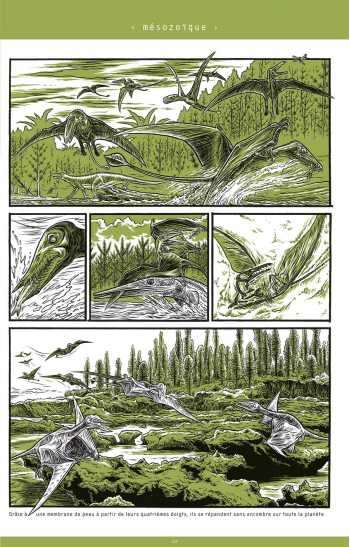 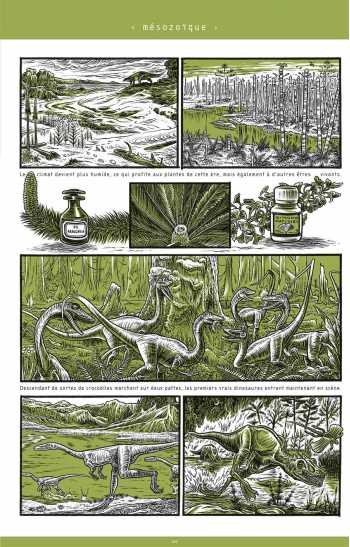 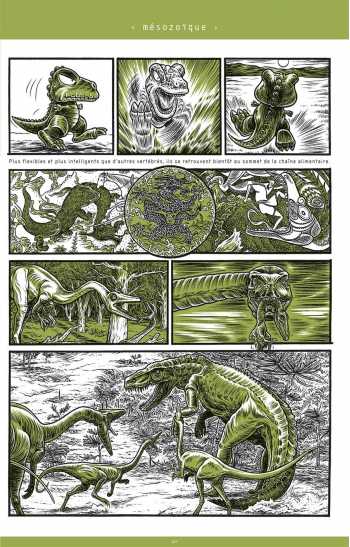 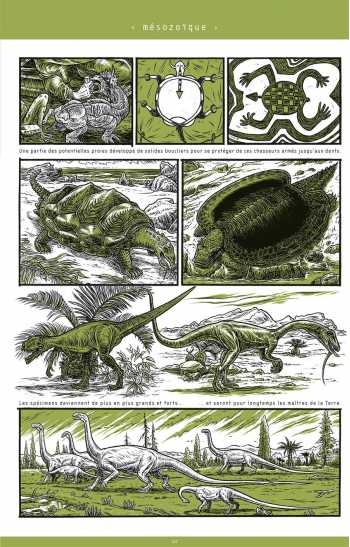 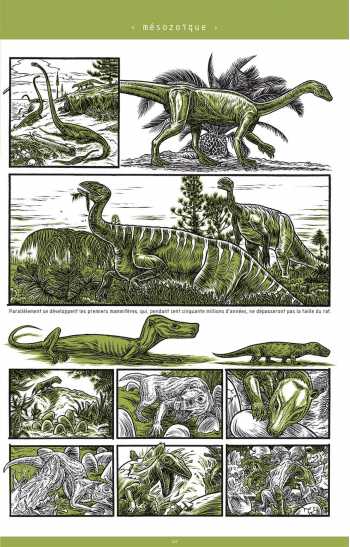 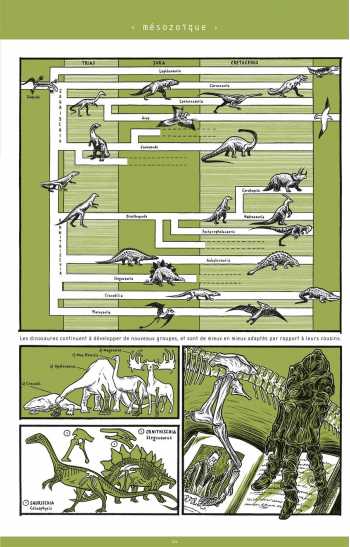 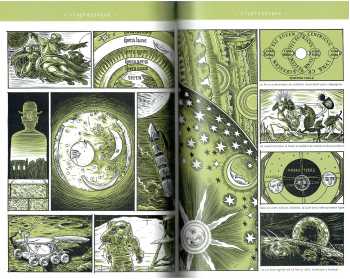 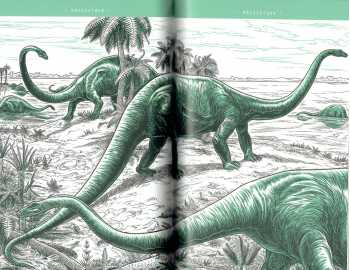 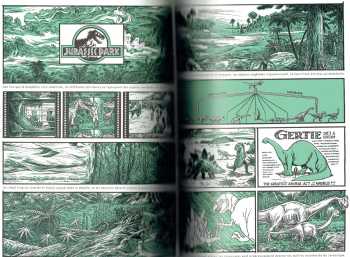 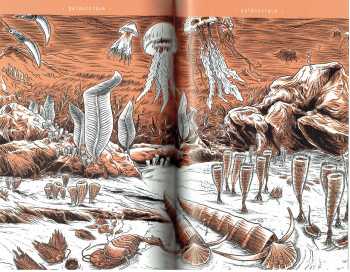 The history of the world, from the Big Bang to the emergence of the earliest humans, told in thousands of pictures, with very few words.

In this album of mad ambition, the author of Leviathan looks at the origin of the world. Based on a synthesis of the most up-to-date knowledge in all fields of knowledge (astrophysics, biology, chemistry, anthropology, archeology, etc..), It tells the story of life over the last fourteen billion years, from the Big Bang to the emergence of the earliest human civilizations. Fascinated since childhood by nature and all forms of life, Harder is given to see all the machinations and tricks of Evolution, through all the ages of our planet: Jurassic, Cretaceous, ternary, Quaternary, etc. And he will depict both contemporary knowledge AND the beliefs and representations, often naive or fantastic, of earlier times.

Born in 1970, Jens Harder studied graphic arts at a school in Berlin. Since 1999 he works in the artist collective "Monogatari" which he is a founder. He has published Ruwen Strips and NuAera in 1999, Neue Mitte Hotelführer Electricity and Marseille in 2000 It appears to contents of several journals and collective works..

Alpha is the first volume of a trilogy, followed by Beta (Civilizations) and Gamma (Visions).