Sign in | Register
HomeNew ArrivalsAmericana (And The Act Of Getting Over It.) 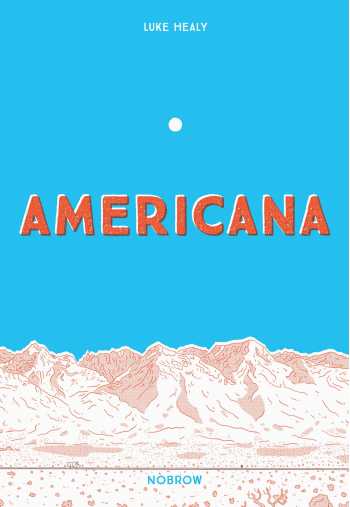 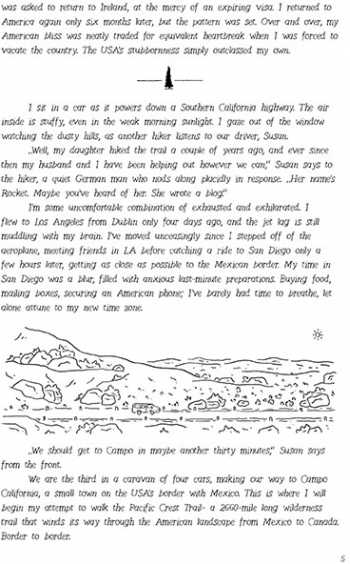 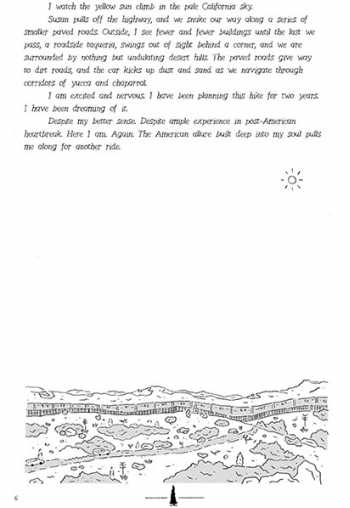 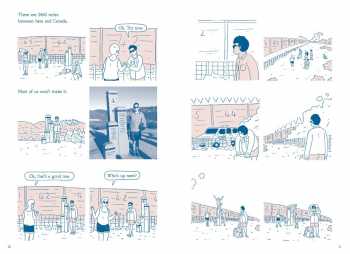 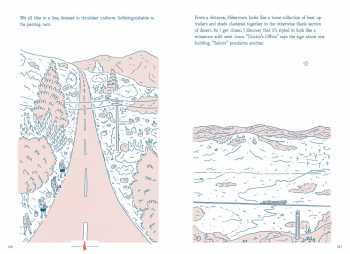 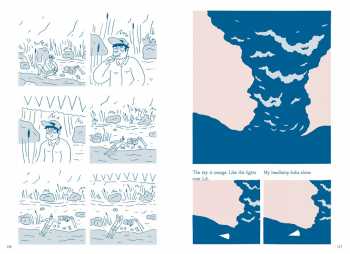 The Pacific Crest Trail runs 2660 miles, from California's border with Mexico to Washington's border with Canada. To walk it is to undertake a grueling test of body and spirit. In Americana, cartoonist Luke Healy accepts the challenge.

This intimate, engaging autobiographical work from an Irish visitor to the United States recounts the author's own attempt to walk the length of the USA's west coast. Healy's life-changing journey weaves in and out of often humorous reflections on his experiences in America and his development as an artist, navigating both the trail itself and the unique culture of the people who attempt to complete it.

ONE OF THE GUARDIAN'S "BEST COMICS AND GRAPHIC NOVELS OF 2019"
"Healy's pilgrimage through America is also a journey into his own mind, soundtracked by blistered footsteps and breathless huffs, and told with winning honesty."

"This masterful and moving graphic memoir establishes Luke Healy as one of the finest cartoonists working today Americana is a triumph."
James Sturm, author of Off Season

"Healy's memoir is both a thoughtful meditation on being an outsider looking in, and a practical read for people interested in the logistics of conquering a long-distance trail."
--Ingrid Bohnenkamp, Library Journal

" Healy's tale is bittersweet as he deals with the ups and downs of taking on this monumental task alone without any real training, but his growth is obvious."
--Suzanne Temple, Booklist

"Americana is as epic as the hike [Healy] took. At over 300 pages with the mixed narrative presentations, there's a lot packed in there, both high emotion and calm rumination. He captures all the aspects involved in taking such a hike, and I don't mean just preparations, but the pathways to ending up on such a trail. It's a perfect book anyone you might know who wants to take a similar journey -- or just wants to know what it would be like, but doesn't see themselves ever doing it. Healy captures the terrain and the experience, sure, but he also captures the meaning without ever restricting it to his own definition."
--John Seven, The Beat

"What I appreciated about Americana was that it offered a foreigner's perspective of trail life and America as a whole, and that it did so utilizing a medium that is rarely, if ever, used to depict thru-hiking despite being perfect for it. Thru-hikes are internal journeys, of course, but so much of the experience is about immersing oneself in what is outside, about slowing down and seeing the world in a way that it cannot possibly be seen at the speeds at which we now normally travel. Thru-hiking is a very visual experience, and Healy does a wonderful job of conveying it that way."
--Jessica Tinios, The Trek

Luke Healy was born and raised in Dublin, Ireland. He received an MFA in Cartooning from The Center for Cartoon Studies in Vermont. His comics work has been published in several anthologies and he has also worked as a coloring assistant with Lucy Knisley on her book Something New.