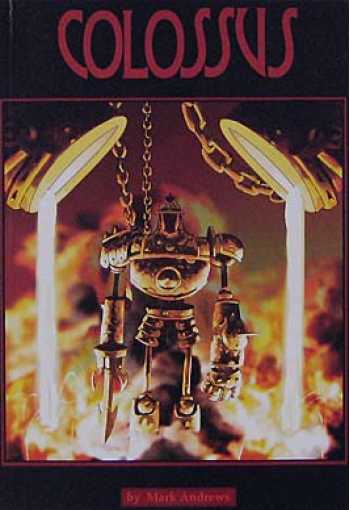 The first published version of this graphic novel by Pixar story artist Mark Andrews (The Incredibles).

Out of Print, and scarce in this hand-drawn version--Mark expanded and completely re-drew it for the next publication.

"A knight, whose soul is trapped inside a metal monster called Colossus, lives out an immortal existence slaying evil creatures. Until one day a twisted, evil paladin wielding enchanted weapons arrives in the Kingdom with his own agenda. Their paths cross in a steel pounding, armor glinting no holds barred battle that will change a Kingdom forever."