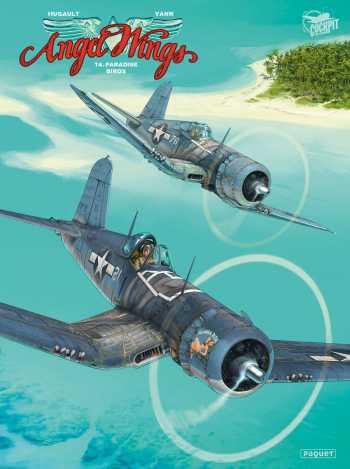 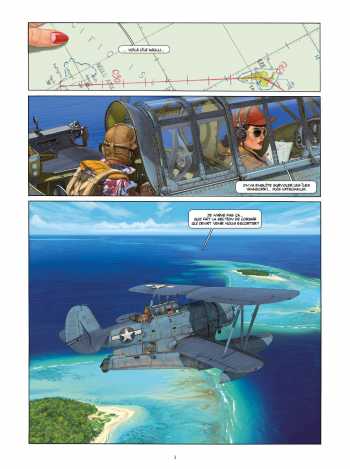 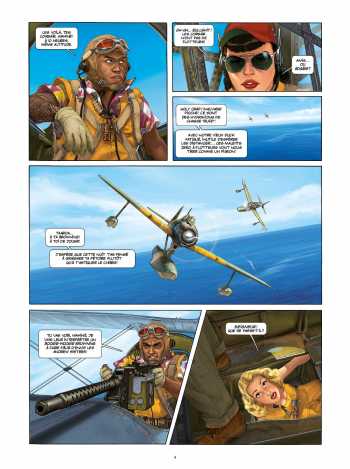 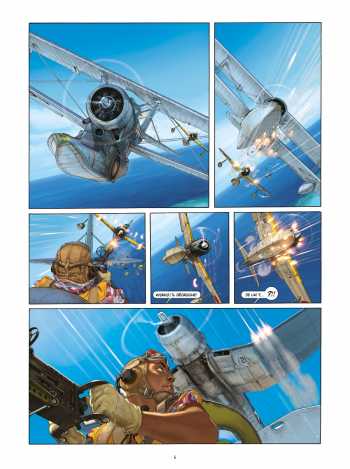 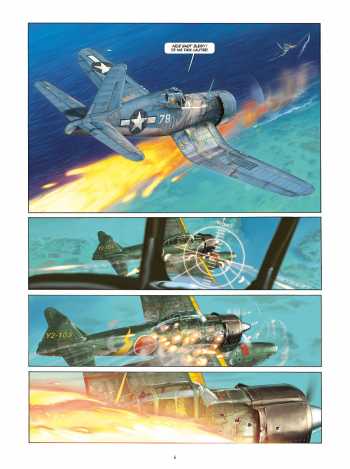 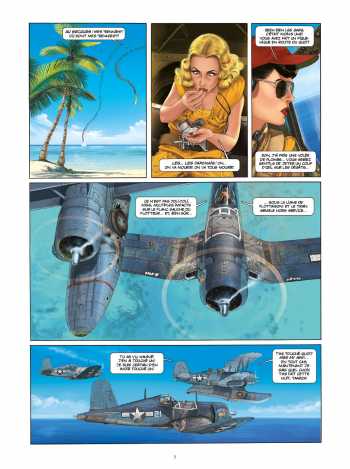 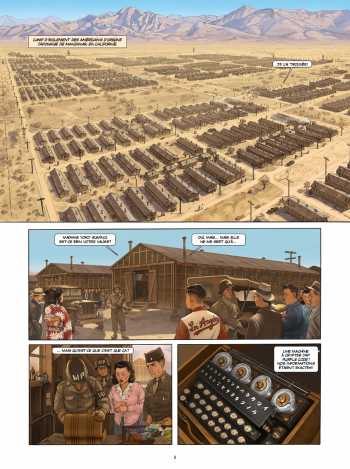 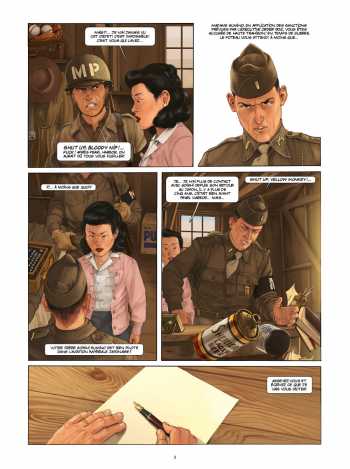 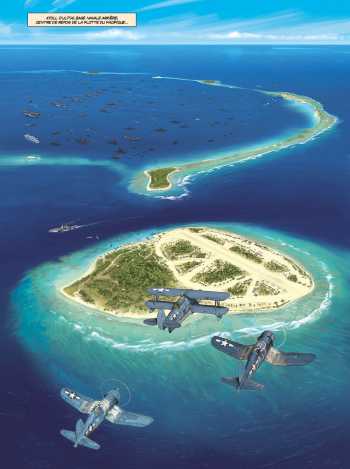 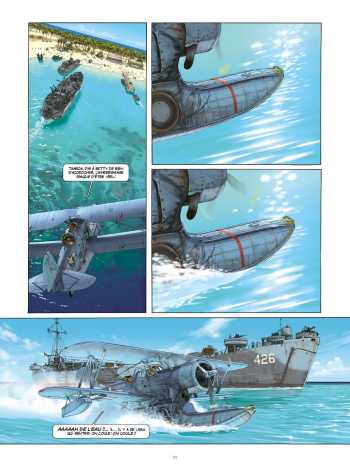 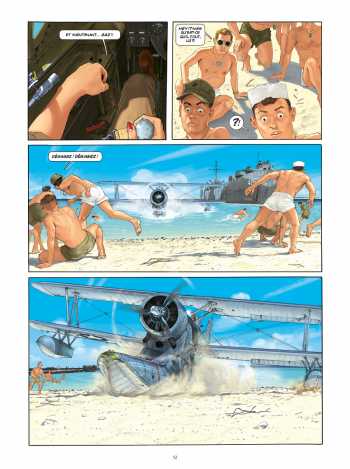 From the artist of Pin-Up Wings. The first volume in a three part story arc.

Somewhere over the Pacific, north of New Guinea ... At the controls of a Grumman J2F-5 "Duck", Angela is escorting Betty Nutton, a brainless pin-up on a USO tour. The old seaplane is attacked by two Japanese aircraft. But thanks to the intervention of two "Corsairs", the "Duck" manages to escape them and reach the island of Ulithi, a paradisiacal atoll serving as a rest stop for the Marines.

Fortunately, this mission is just a cover. The OSS has charged Angela with a mission of greater importance: she must disembark, on an island held by the Japanese forces, with a captured Japanese pilot, who is carrying the North American terms for an honorable surrender of Japan.

Informed of this attempt, the Japanese secret services, opposed to any surrender, intend to make every effort to defeat this initiative.

Reacquainted with her former crush, the dashing Captain William Fowler, Angela cannot forget the past and the mystery surrounding the tragic death of her sister Maureen ...