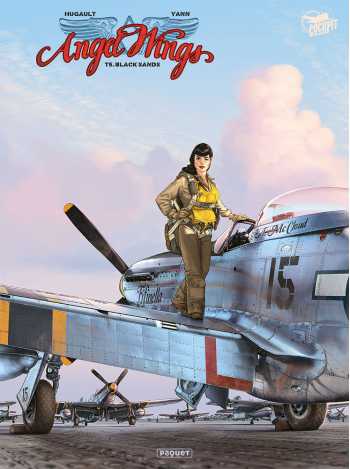 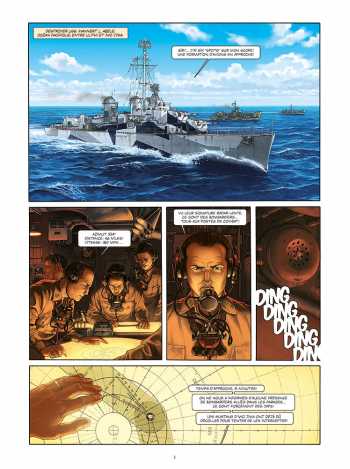 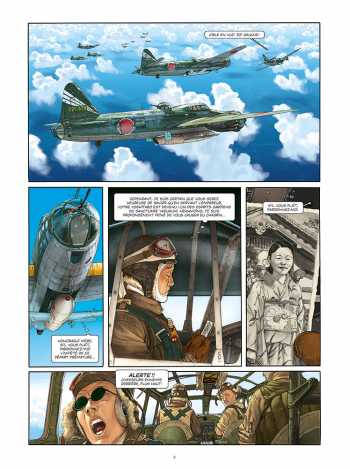 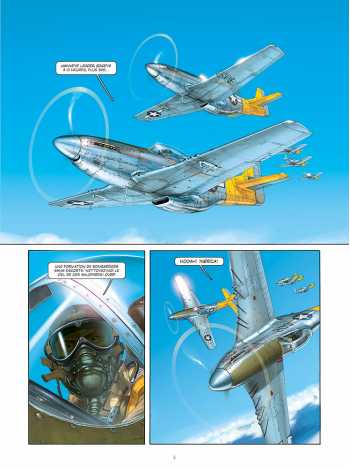 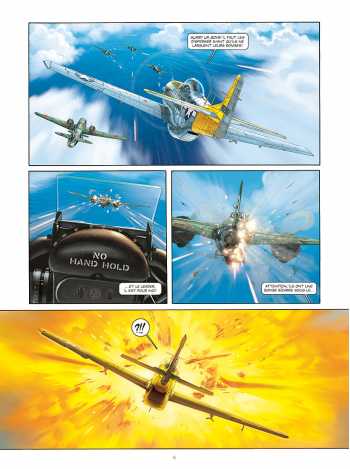 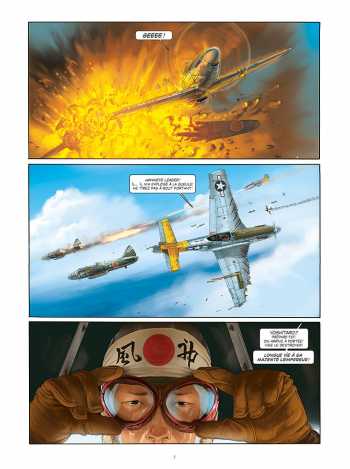 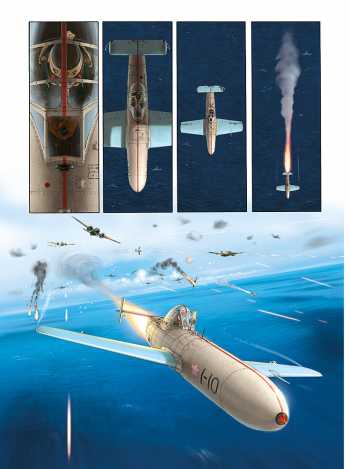 From the artist of Pin-Up Wings, Angel Wings allows Hugault to render a variety of WWII Pacific theater warplanes in action as well as the titular aviatrix heroine. The middle volume in Angel Wings' second three-part story arc.

The cruiser carrying Angela McCloud and Betty Nutton, who were heading for the island of Tinian, is struck by two "bakas", those terrifying Japanese flying bombs piloted by suicide bombers. The two women must disembark on the island of Iwo Jima, freshly recaptured by the navy. A victim of a nervous breakdown, the actress is repatriated to Hawaii and Angela, finally released from her role of "nanny", accepts with joy the role of "Josephine", the nickname given to the pilots of "Mustangs" equipped with a releasable rescue basket and responsible for patrolling off Iwo Jima, in search of shipwrecked pilots who had to eject.

On the island of black sands, our intrepid WASP will be surprised to find pilot Rob, her old "sweetheart", who left the "Burma Banshees"; the dashing pilot now performs long escort missions for the B-29 formations that bombard Japan. Our heroine does not forget that she absolutely must find a way to reach the island of Tinian where, she is convinced, the solution of the enigma concerning the assassination of her sister Maureen is to be found ... But Iwo Jima is not entirely recaptured, and in the north of the island, the last remaining Japanese troops are launching a major suicide attack ...