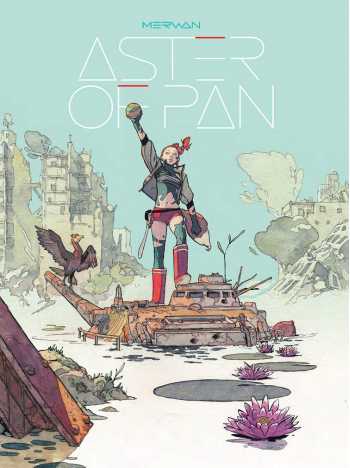 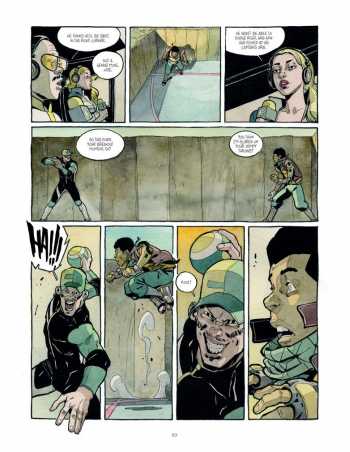 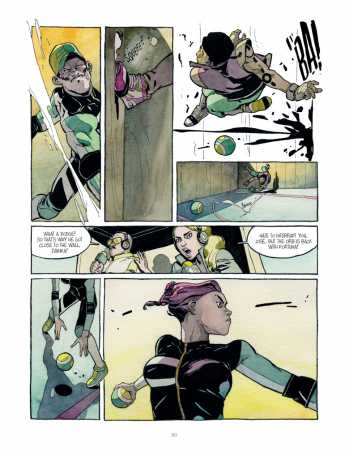 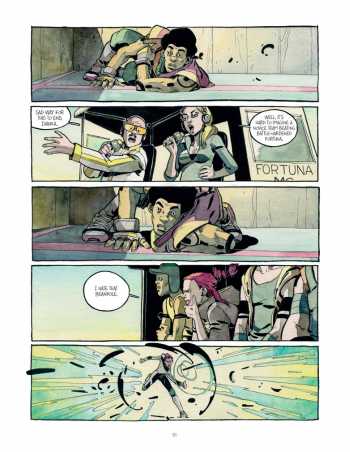 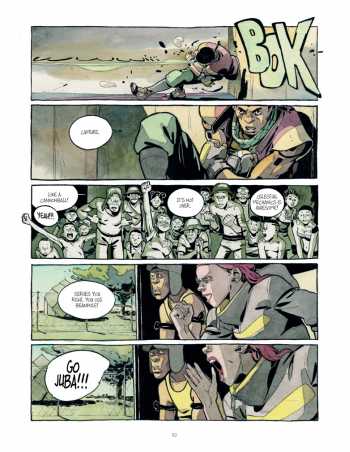 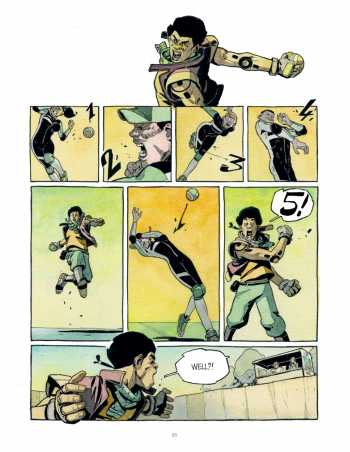 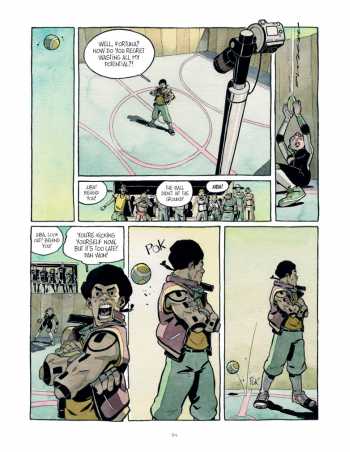 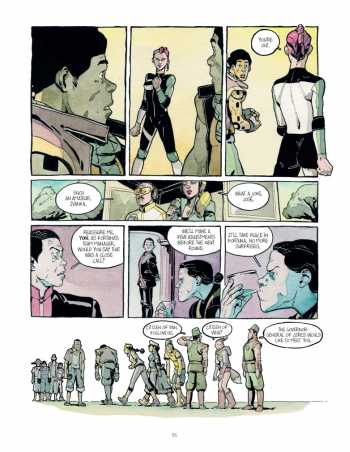 The year is 2068. The place, Fontainebleau forest, ancient home of some of France's mightiest monarchs on the outskirts of what was once Paris. The post-apocalyptic society of Pan survives by growing rice and scavenging among the ruins of a destroyed civilization. Their precarious existence comes under threat when the powerful, technologically advanced Federation of Fortuna forces them into a dangerous choice submit to Fortuna's rule, or try to best them in a barbaric, ritualized game known as Celestial Mechanics. Pan's only hope? A hot-headed outcast they'd rejected for being "un-Pan": a girl named Aster.

PUBLISHERS WEEKLY -- Merwan, in his English-language debut, treats readers to a sumptuous sci-fi adventure set in 2068. Two young adult friends, Wallis and Aster, are just trying to get by in Pan, the steamy Fontainebleau forest that has taken over what's left of France, which is mostly underwater due to rising temperatures and sea levels. They survive radiation, dodge pirates, and scavenge items from the world of before, carrying gas masks and weapons to trade for rations. While Wallis comes from a privileged background (a relative term when survival is a commonplace struggle), Aster is an orphan, unsure of her heritage. The juxtaposition between these two characters, and how they grow together and apart, provides personal stakes in a story about larger issues of government control and climate change. When another nation decides to annex Pan, Wallis and Aster must act together to save their home. The plot isn't a particularly novel one in the category of climate change fiction, but Merwan's lithe watercolor artwork is a delight to drink in. His skill shines particularly through creative page layouts, which convey intense movement and distinctive character designs. This escapade is definitely worth picking up just for the breathtaking way it comes alive on the page.

Watch the trailer below for Aster of Pan and an interview with the creator, Merwan!