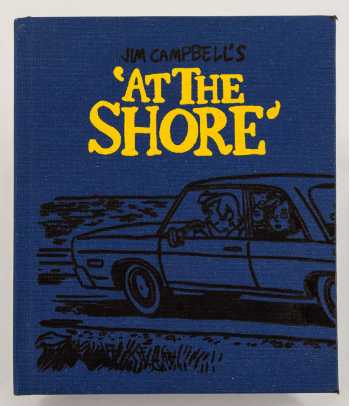 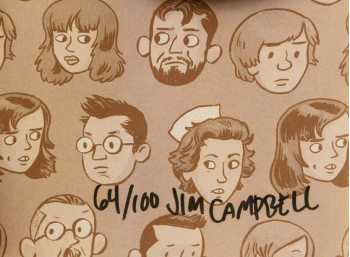 This is the signed & numbered limited edition hand bound hardcover edition. Limited to 100 copies. Bound by hand in silk-screened cloth covered boards. Very limited and out of print.

Bernard, Dean, and Jorge look forward to some serious Frisbee-tossing and are psyched when Astrid shows up to swim, but Gabi is so freaked out she doesn't want to leave the car. Why is Gabi demanding they head home before dark? Maybe if anyone paid attention to her childhood tales of seaweed harvesting, they'd know something lurks beneath the waves.

Jim Campbell is a cartoonist, comic book colorist, and animator who is well known for his work on Patrick McHale's Over the Garden Wall series on Cartoon Network and the comic books from Boom! Studios. Jim has been drawing comics off and on since teaming up with the Meathaüs collective in 2001. He has been a color artist for Dark Horse, Marvel, Spongebob Comics, Mad Magazine, and Tony Millionaire for several years. In his spare time, he plays in the Brooklyn band Paper Fleet.

Near Fine, issued without dustjacket (very light wear,
#64 of 100 numbered hardcover copies signed by the artist