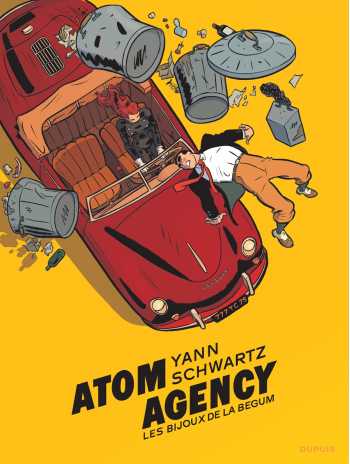 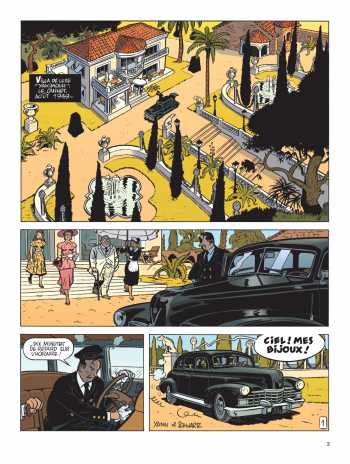 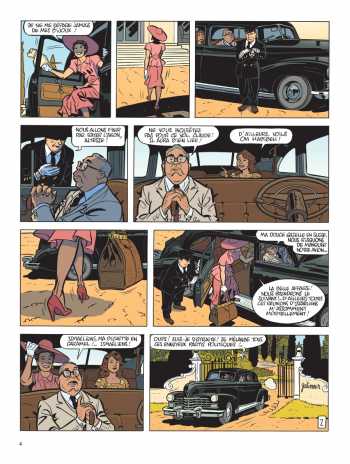 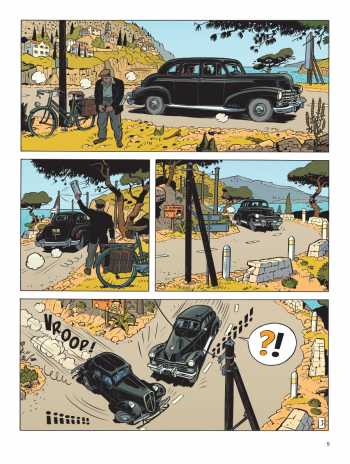 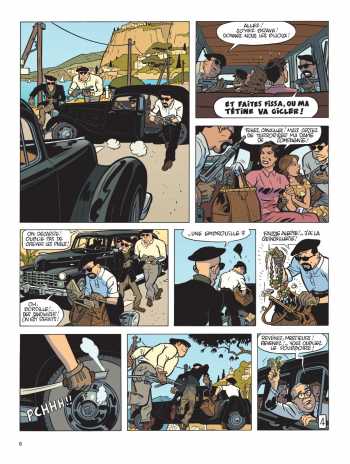 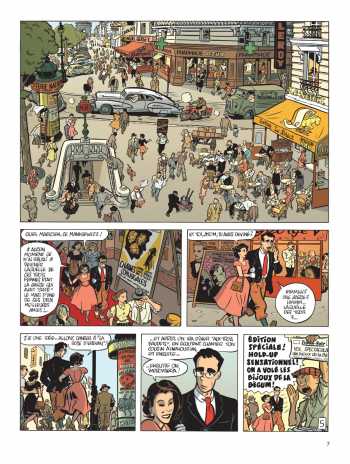 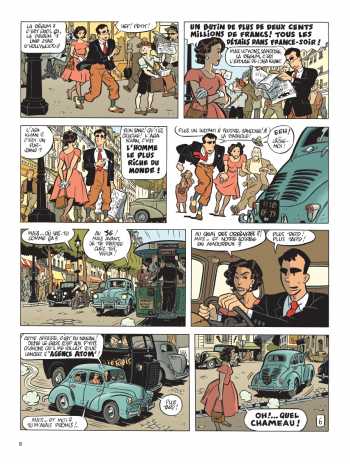 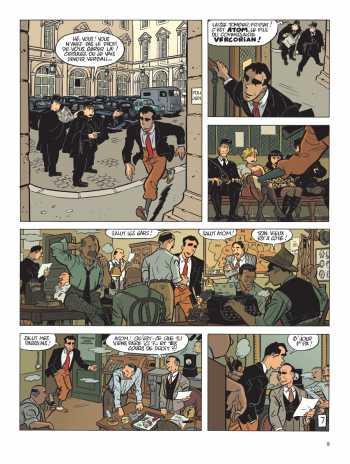 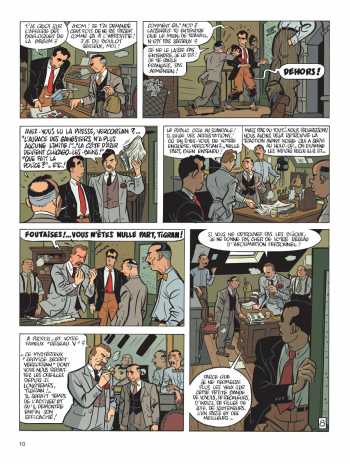 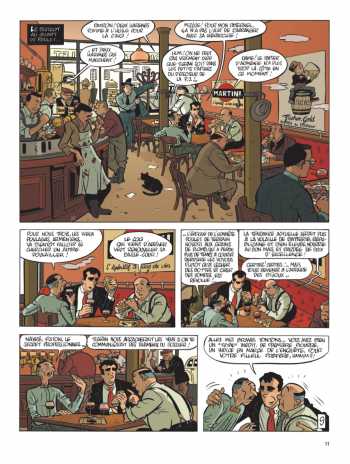 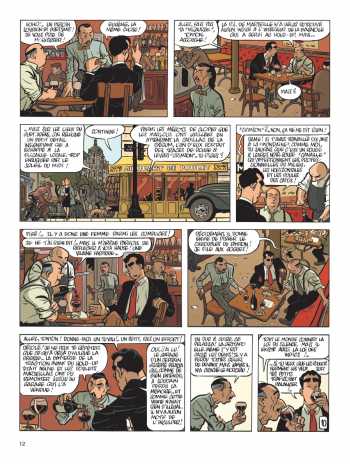 A beautiful new series by the team that brought us Gringos Locos and Spirou et la femme léopard. A post-war period piece featuring feisty detectives in exotic locales. Every panel by Olivier Schwartz is just a beauty to behold.

Cannes, August 1949. The Cadillac which transports the richest imam in the world and his wife, the Begum, to the Nice airfield is attacked in broad daylight. In just a few minutes the most spectacular hold-up of the post-war period: blocked by a front-wheel drive and threatened with machine guns, the Aga Khan couple is relieved of a small handbag containing among other things a 22-carat diamond... Value of the haul: more than 200 million francs in jewels...!

In Paris, the young Atom Vercorian, a cop's son dreaming of a career as a private detective, sees the big break to launch his agency! Flanked by Mimi, a mouse with a strong character, and joined by Jojo la Toupie, the former glory of the heavyweight wrestling class--whose past may well be linked to that of the Begum--the apprentice investigator goes on the trail of the robbers, pointed by the old French resistance companions of his father...