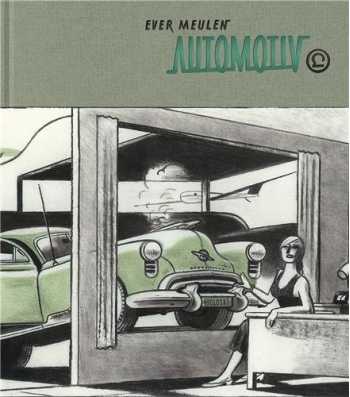 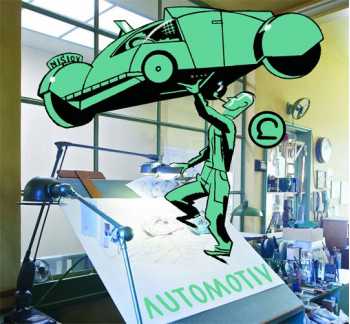 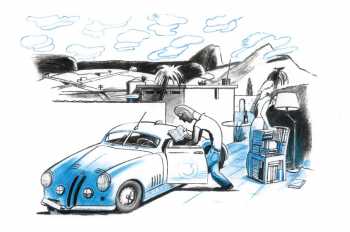 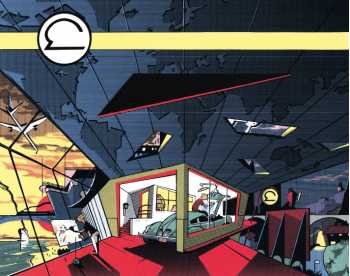 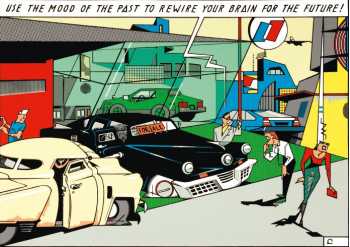 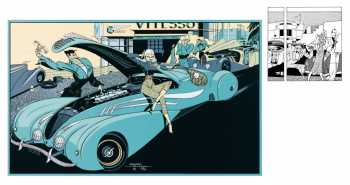 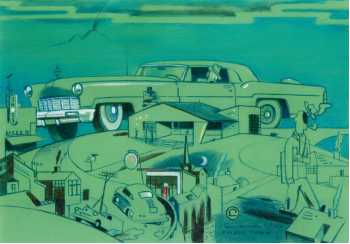 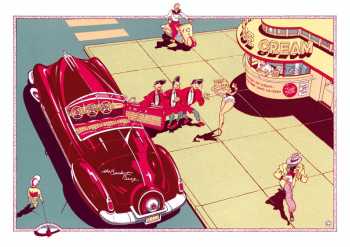 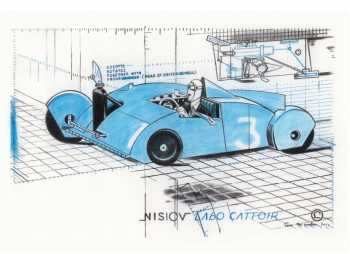 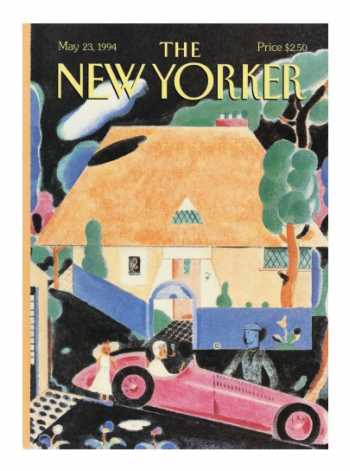 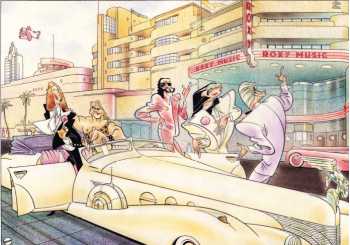 More than a collection of drawings of cars, "Automotiv" is the culmination of Ever Meulen's passion for the automobile world.Not content with being the best illustrator of cars, he tackles the subject with a unique intelligence and humour. Each page of his graphic garage pulses with his love of automobiles, their refined aesthetics, the memories they evoke and the stories they tell us.

An illustrator of international stature, Ever Meulen is a key figure in the history of comics art. In the mid-Seventies, he recharged the 'Clear Line' with his friend Joost Swarte. Meulen combines the heritage of the amazing trio of Franquin, Hergé and Jacobs with the best ingredients from Modern Art (Bauhaus, De Stijl and Surrealism). The intelligence and quality of his work have been and remain an exemplar for numerous artists: Floc'h, Chaland, Ted Benoit, Serge Clerc, Charles Burns, Chris Ware and many others.

Throughout his oeuvre, Ever Meulen captures the essence of the automotive adventure, which elegantly ran right through the 20th century in a dedicated quest for speed. An economical illustrator, he marries free forms with controlled geometry. Every drawing is the synthesis of countless sketches in search of the concept, balance and proportions. A finished drawing by Ever Meulen demands as much work as the final plans for a car by its designer.

With over 200 drawings, "Automotiv" is the first art book devoted to this essential aspect of his work. Because he wants to explain the secrets of certain drawings, the artist has written an accompanying commentary for most of the illustrations. Each of the eleven chapters of Automotiv is introduced by a celebrity who considers Ever Meulen to be a giant of comics art and automobile design. These include: Joost Swarte, Ted Benoit, José-Louis Bocquet, Cleet Boris, Etienne Robial and François Schuiten.