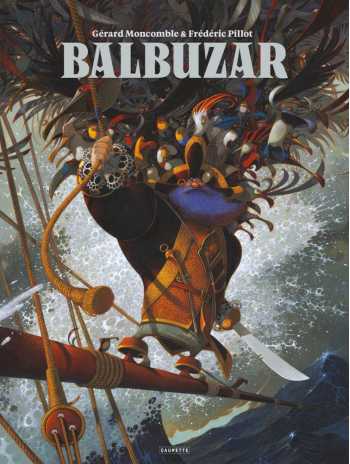 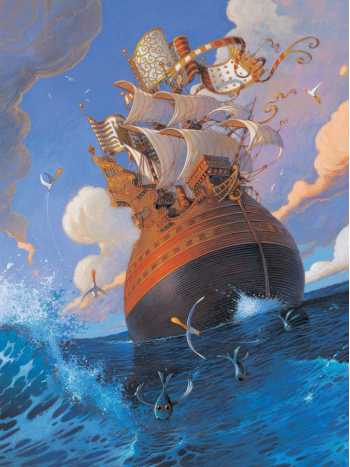 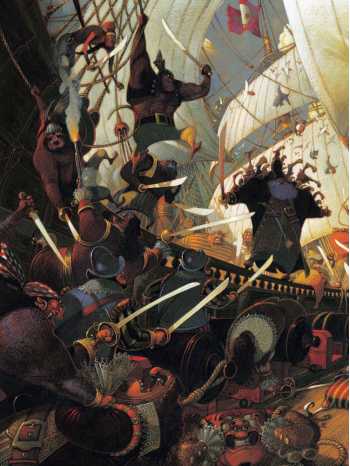 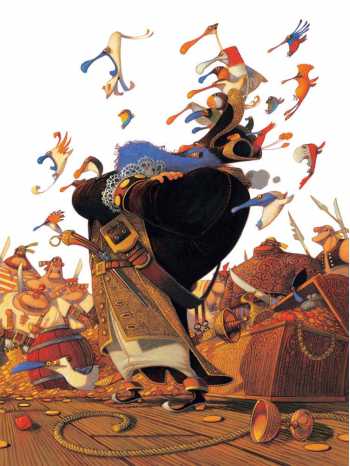 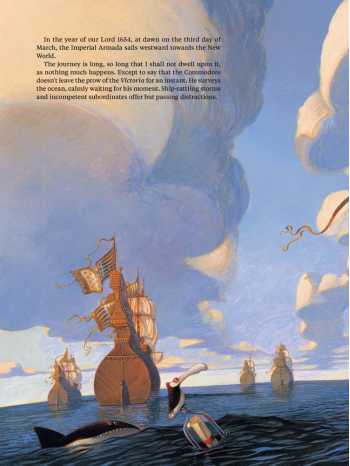 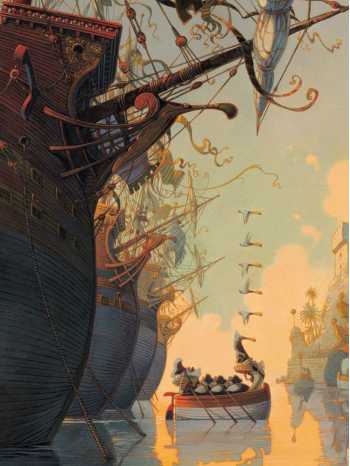 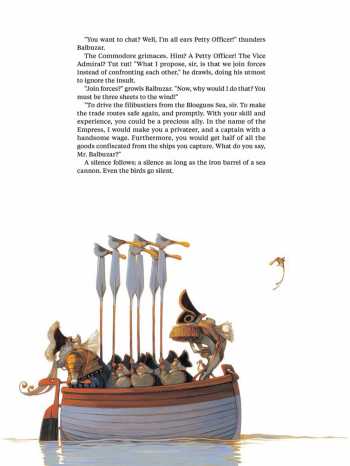 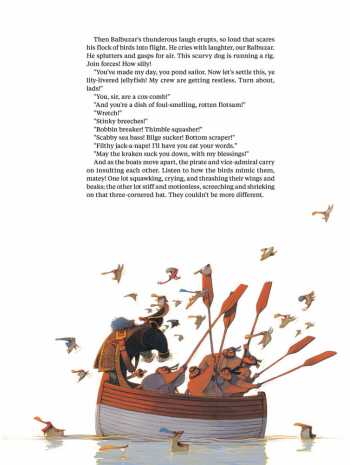 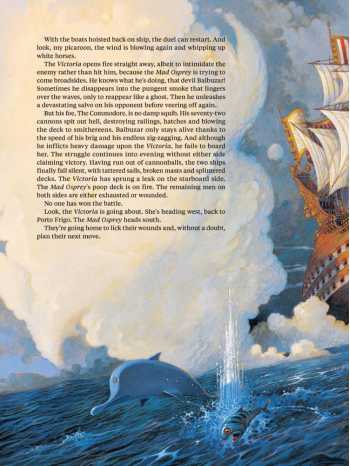 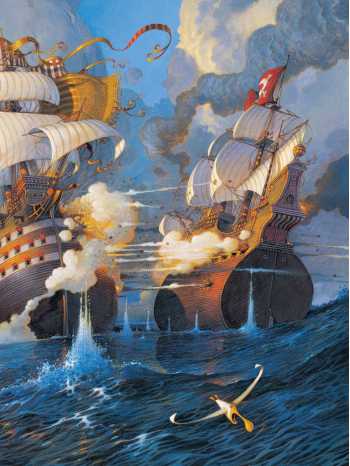 This special edition is a half-inch larger and better printed than the Ablaze edition.

In the Sarboucane sea, Balbuzar the pirate reigns supreme. He attacks, plunders, sinks, and ransoms everything that comes within his reach. Savage, cruel, formidable, certainly, Balbuzar is; but also with a certain bonhomie, and a great sense of justice. He is in harmony with the sea, the islands, the wind, the rocks. Around him, birds, always. Men, women, children...they all love him. For he is free as the air.

But now the Empress Pépita XIII is worried about her state of affairs, and Balbuzar's constant plundering. She sends against him her best officer, the Commodore, at the head of an armada. He represents force, order, law. Arrogant, domineering, relentless. And sure to be the one who will clean the Sarboucane sea.

The struggle, however, is unequal, for the Commodore has immense resources, an army behind him and the power of the empire. He's built a gigantic ship that will surely sweep away the pirates and their black-flag flotilla. Balbuzar's fate seems certain.

Will the outlaw will be crushed by the enormity of the adversary? Cooked in the imperial pot? Or will the cunning pirate will find the rift in the monster's breastplate? Will he will defeat his monstrous foe, like David blasting Goliath?

Balbuzar is the story of a confrontation between two worlds, that of royalty and that of piracy, between conformity and diversity. Gérard Moncombe's text deftly balances action, humor and poetry, while artist Frédéric Pillot's stunning, gorgeously detailed illustrations help paint this rousing, unforgettable tale. One that you'll want to come back to again and again...

A fable about freedom, about resistance, about power. And an ode to nature.