Sign in | Register
HomeIllustrationPre-20th Century ArtistsBalthus: Cats and Girls
11 of 68
Save 33% 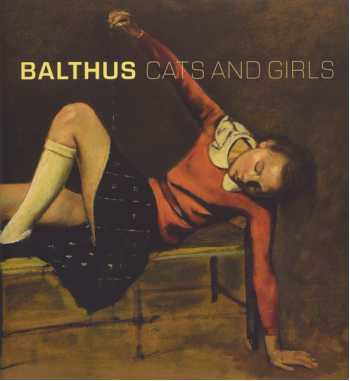 The catalog for the 2014 Balthus exhibition at the Met: Balthus: Cats and Girls--Paintings and Provocations

An insightful new look at Balthus's ongoing fascination with cats and girls, including his controversial paintings of young adolescents

Balthus's lifelong curiosity with the ambiguities and dark side of childhood resulted in his best-known and most iconic works. In these pictures, Balthus (1908-2001) mingles intuition into his young sitters' psyches with overt erotic desire and forbidding austerity, making them among the most powerful depictions of childhood and adolescence ever committed to canvas. Often included in these scenes are enigmatic cats, possible stand-ins for the artist himself.Balthus: Cats and Girls is the first book devoted to this subject, focusing on the early decades of the artist's career from the mid-1930s to the 1950s. Drawing on extensive knowledge of the artist's life and work, as well as on interviews with Balthus and the models themselves, Sabine Rewald explores the origins and permutations of Balthus's obsessions with adolescents and felines. She addresses the crucial influence of such key figures as poet Rainer Maria Rilke, his mother's lover, who acted as Balthus's surrogate father, but also includes the previously unknown voices of the girl models: their recollections and comments provide a unique perspective on some of the best known and most controversial paintings of the 20th century.

"The catalogue of Balthus: Cats and Girls is a beautiful piece of work, admirably levelheaded in its treatment of his involvement with his young models."--Jed Perl, The New Republic

Sabine Rewald is Jacques and Natasha Gelman Curator, department of Modern and Contemporary Art, The Metropolitan Museum of Art.