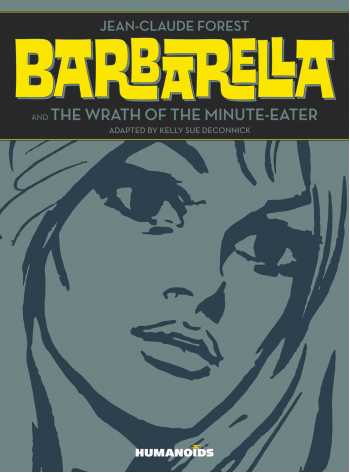 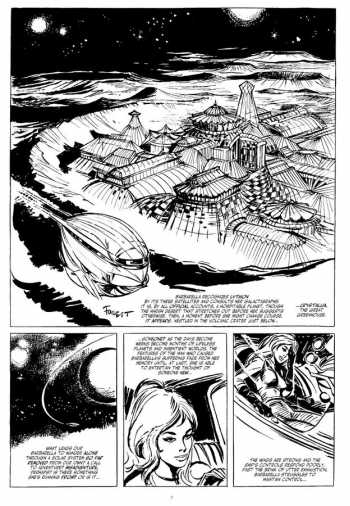 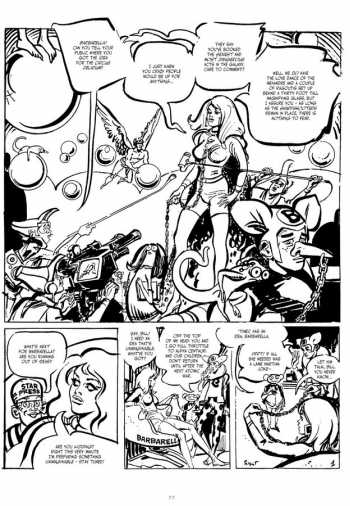 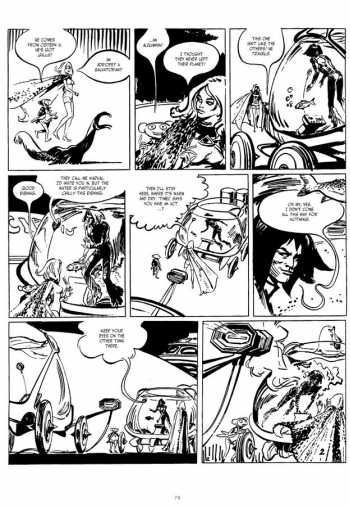 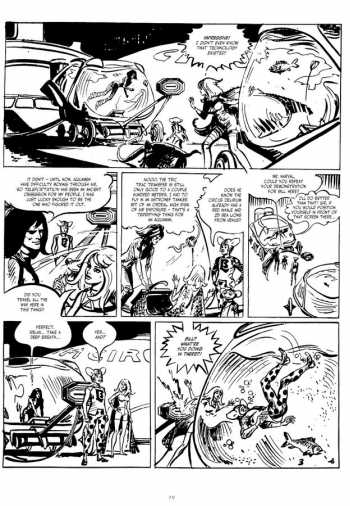 In Book 1 (first collected in 1964), Barbarellas spaceship breaks down, she finds herself trapped on the planet Lythion. There, she has a series of adventurous, and bawdy, encounters with a variety of strange beings, from robots to angels.

In Book 2, "Wrath of the Minute-Eater" (first published in 1974), Barbarellas traveling Circus Delirium enters another dimension, led by the mysterious and alluring aquaman, Narval, whose machinations catapult Barbarella & Co. into a complex battle for the planet Spectra.