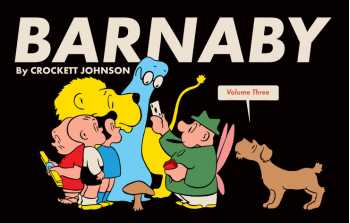 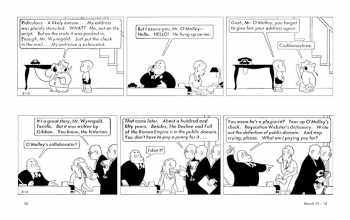 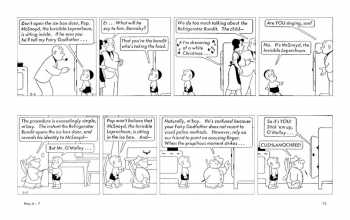 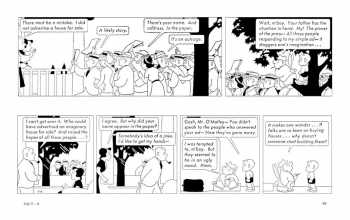 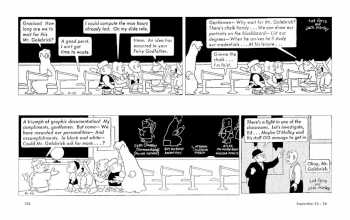 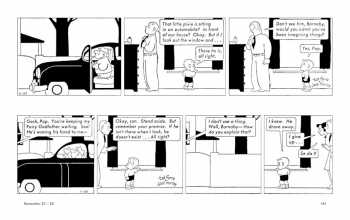 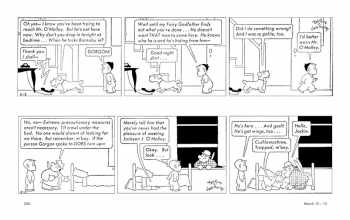 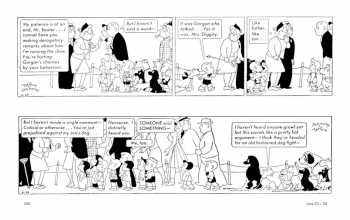 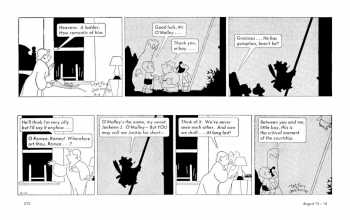 A legendary comic strip, often referred to in the literature, but rarely seen, and only previously reprinted--partially--in a 1943 collection and in six massmarket paperbacks back in the 1980s.

This is the third book in a series of five collecting Harold and the Purple Crayon author Crockett Johnson's long-lost newspaper comic strip about a five-year-old boy and his fairy godfather.

The long-lost comic strip masterpiece by legendary children's book author Crockett Johnson (Harold and the Purple Crayon, The Carrot Seed), collected in full and designed by graphic novelist and Barnaby superfan Daniel Clowes (Ghost World). Volume Three collects the postwar years of 1946-1947, continuing five-year-old Barnaby Baxter and his Fairy Godfather J.J. O'Malley's misadventures. Bumbling but endearing, Mr. O'Malley rarely gets his magic to work -- even when he consults his Fairy Godfather's Handy Pocket Guide. The true magic of Barnaby resides in its canny mix of fantasy and satire, amplified by the understated elegance of Crockett Johnson's clean, spare art. In its combination of Johnson's sly wit and O'Malley's amiable windbaggery, a child's feeling of wonder and an adults' wariness, highly literate jokes and a keen eye for the ridiculous, Barnaby expanded our sense of what comics can do. This volume also features essays by comics historians Nathalie op de Beeck and Coulton Waugh, as well as Johnson biographer Philip Nel.

"Held in unparalleled regard by comics aficionados." -- Booklist

"In 1942, Crockett Johnson caught the American public by storm with his brilliant comic strip Barnaby. A whole new generation now will have the opportunity to become acquainted with Johnson's influential creation, a real treasure for readers of all ages." -- The Washington Times

"I think, and I'm trying to talk calmly, that Barnaby and his friends and oppressors are the most important additions to American arts and letters in Lord knows how many years." -- Dorothy Parker

"Strikingly minimal, in that pre-Peanuts era, was Crockett Johnson's Barnaby, whose characters appeared in profile and whose talk balloons were lettered not by hand but by mechanical typesetting. In my love of cartoons, I sent away to cartoonists, begging for a free original strip. My sample Barnaby strip slowly shed, over the years, its glued-on lettering." -- John Updike