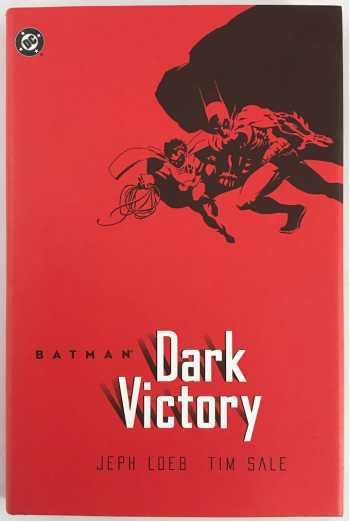 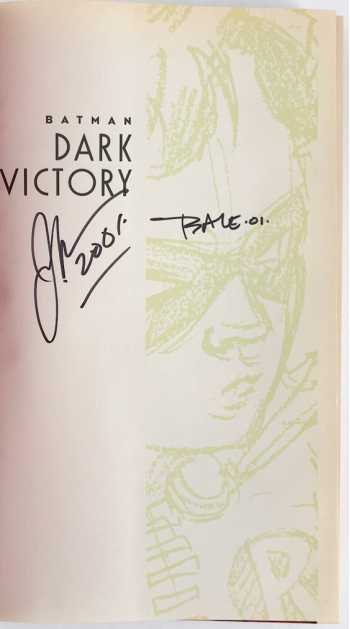 A first printing signed by both Jeph Loeb and Tim Sale and dated in the year of publication by both on the half-title page.

A Batman graphic novel. Batman: Dark Victory was a 14-part limited series. The series, which ran from 1999 until 2000, was written by Jeph Loeb and drawn by Tim Sale, and was a sequel to Batman: The Long Halloween. Dark Victory takes place primarily three to four years into Batman's career as a vigilante crimefighter.