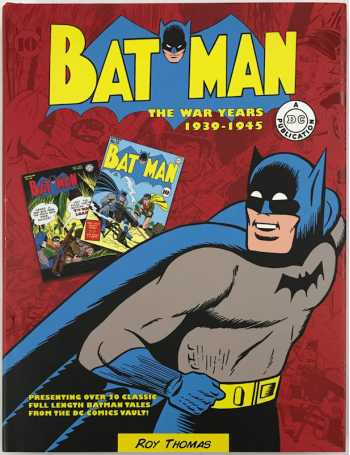 For the first time, after 80 dark yet wonderful years, Batman: The War Years 1939-1945 tells all of The Dark Knight's compelling stories about Robin and his involvement in World War II. Batman's villains have always been sinister, and these are his origins in fighting villains real and fictional.

Through countless comic book issues, television series, and award winning movies, Batman has been a symbol of strength and perseverance. He was created in 1939, on the brink of World War II, at a volatile time when the world needed a hero most. Who better to come to the rescue than the Caped Crusader?

As the Second World War loomed ever larger on the horizon, Batman was about to become big business, comic-book style. These original stories show Batman and Robin in all of their original glory and allow the reader to relive the Golden Age of Comics.