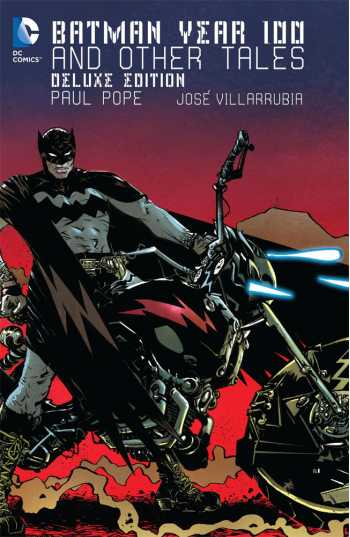 Batman, a forgotten icon from the past, is wanted for murder in the future. In the year 2039, a federal agent has been murdered in Gotham. Now a contingent of Washington's best spooks are hot on the suspect's trail. Amid the chaos, GCPD's Detective Gordon, grandson of the former commissioner, launches his own investigation and discovers that the man they are chasing is a man who shouldn't exist at all. It's a dark dystopian world devoid of privacy, filled with government conspiracies, psychic police, holographic caller ID and absolutely no room for "secret identities." A sci-fi future where everything is known by everyone, yet there is one bizarre anomaly...The Batman!

Visionary writer-artist PAUL POPE, with JOSÉ VILLARRUBIA, brings his unique style to Gotham City and beyond!