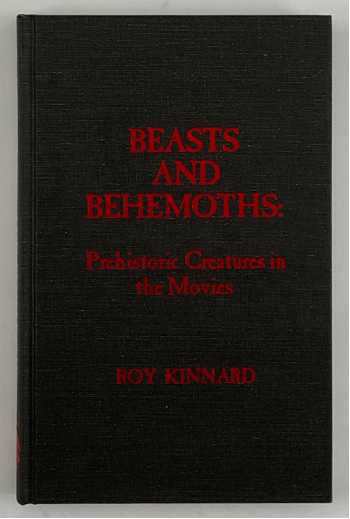 Films about prehistoric animals range in quality from classics like The Lost World (1925), KingKong (1933), and One Million B.C. (1940), to duds like Reptilicus (1962). This book offers critiques and background information on the best and worst in this sub-genre, full cast and production credits for each, and a checklist of lesser films.

...some valuable insight into the various techniques used to bring the prehistoric monsters to life...will appeal to many monster film fans and those who are interested in special effects. (Arba)

A useful little handbook for buffs of the genre. (Film Review Annual)

Roy Kinnard is a contributing editor on the staff of FIlmfax magazine. He is the author of Fifty Years of Serial Thrills (Scarecrow, 1983) and co-author of The American Films of Michael Curtiz (Scarecrow, 1986). His articles on movies have also appeared in such magazines as Fantastic Films, Classic Images, Films in Review, and Fangoria.