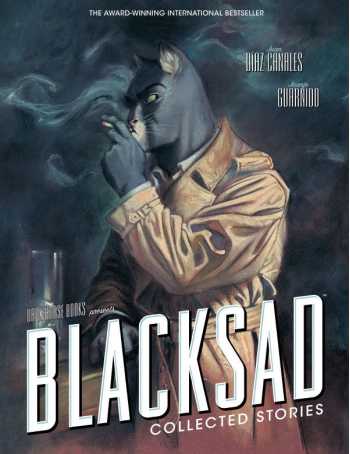 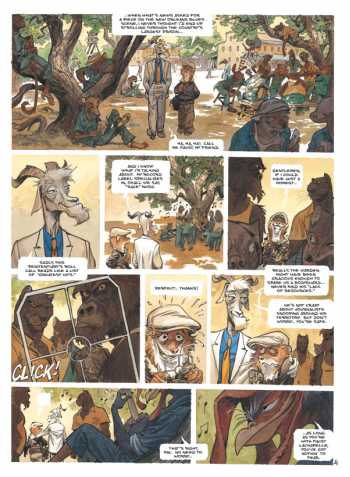 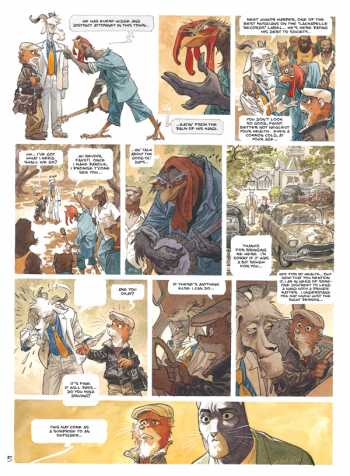 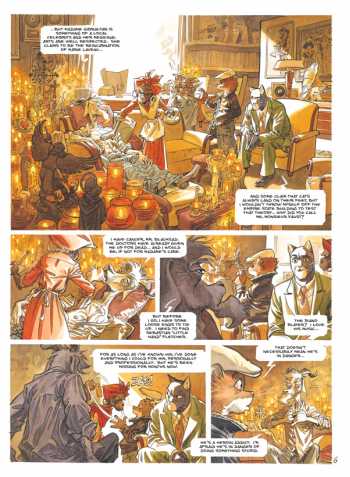 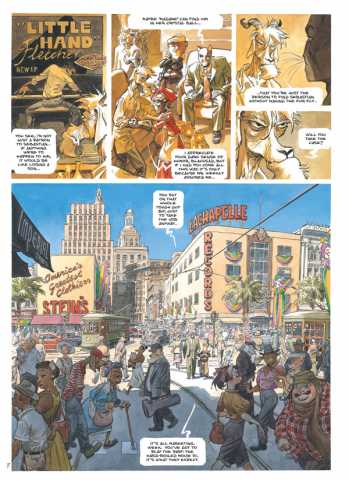 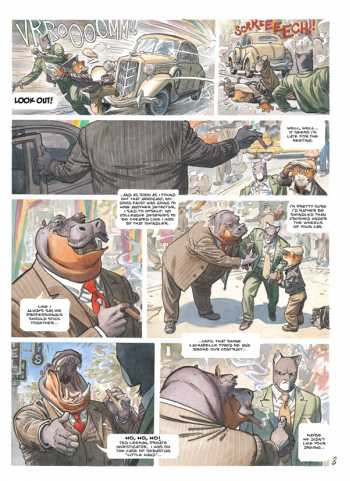 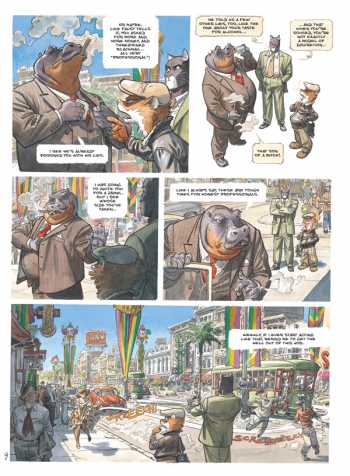 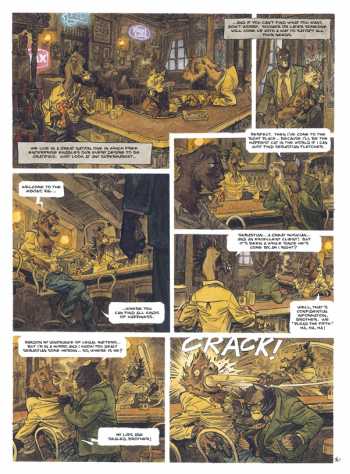 This volume collects the entire Blacksad saga in English in one volume (albeit in paperback): the five albums Somewhere Within the Shadows, Arctic Nation, Red Soul, A Silent Hell, and Amarillo; and the comic shorts "Spit at the Sky" and "Like Cats and Dogs." and new sketchbook material never published in the U.S.

Collects the hardcovers Blacksad, Blacksad: a silent hell, and Blacksad: Amarillo published by Dark Horse Comics in 2010, 2012, and 2013.

Blacksad is constantly up to his ears in trouble. Sticking his nose into mystery after mystery, often getting involved with women almost as dangerous as the criminals he thwarts. Be it solving the murder of a famous actress or keeping nuclear weapons out of terrorist hands, Blacksad's grim work often provides a mirror for real world conflict and human issues, never turning a blind eye to racism, political tensions, or brutally sudden violence.

Originally published in French and Spanish, the series has been translated into many languages and won two Eisner Awards and an Angoulême Prize.

Somewhere Within the Shadows was awarded the Prix de la Découverte at the Sierre International Comics Festival and the "Avenir" Prize at the Lys-lez-Lannoy Festival, in Switzerland and France respectively. The second album Arctic-Nation, won the Angoulême Audience Award and the Festival Prize for Artwork in 2004. The third instalment of the Blacksad series, Red Soul, was awarded the Angoulême Prize for a Series.