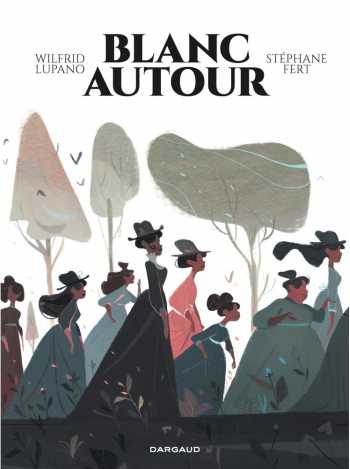 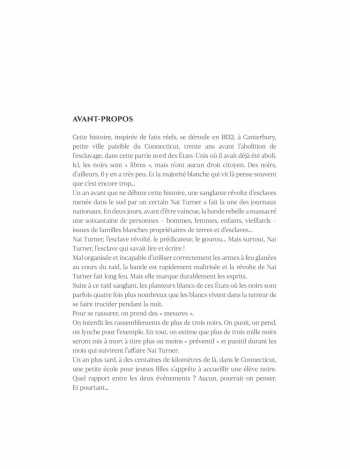 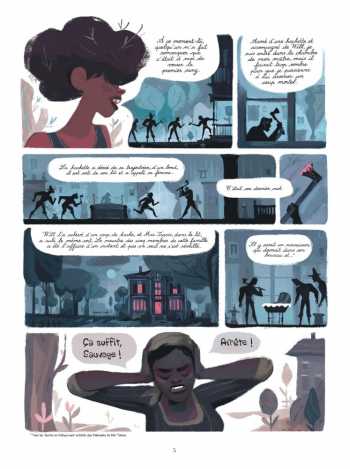 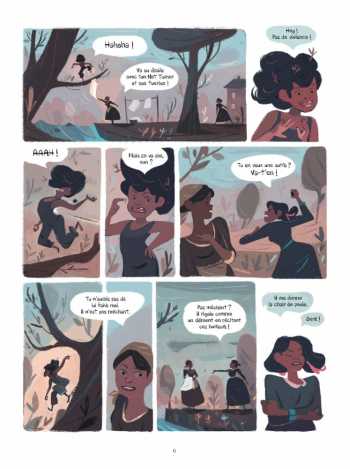 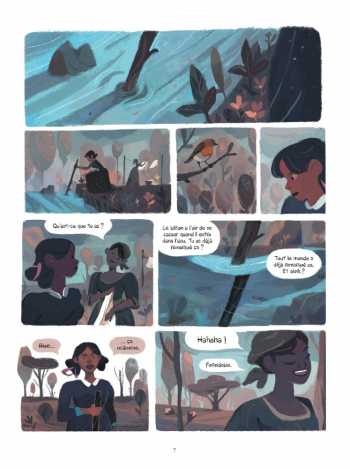 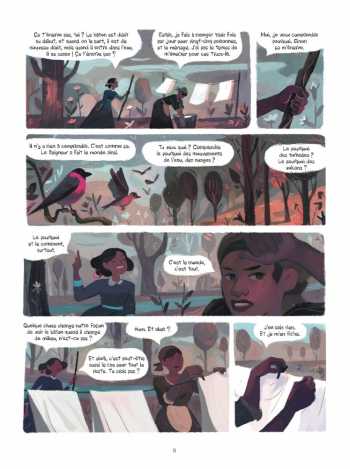 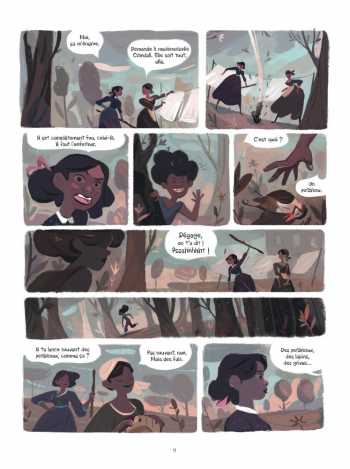 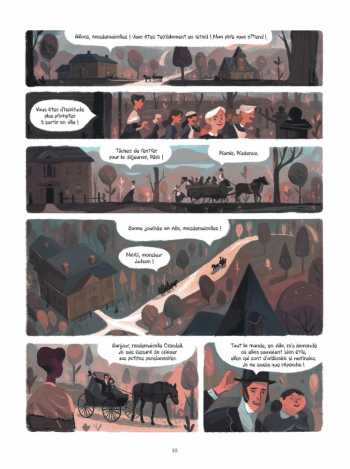 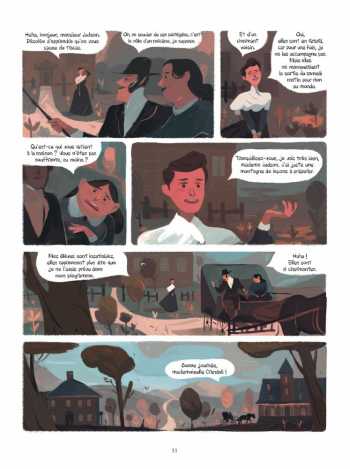 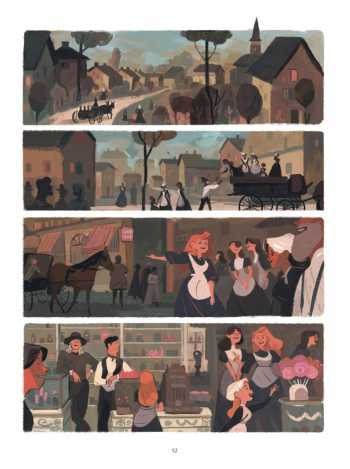 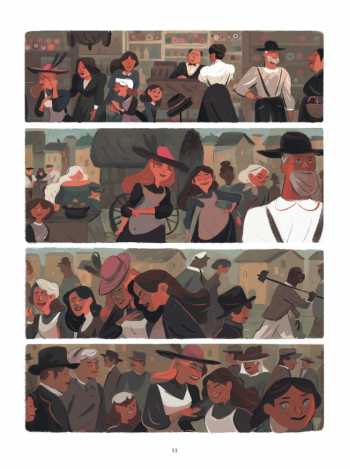 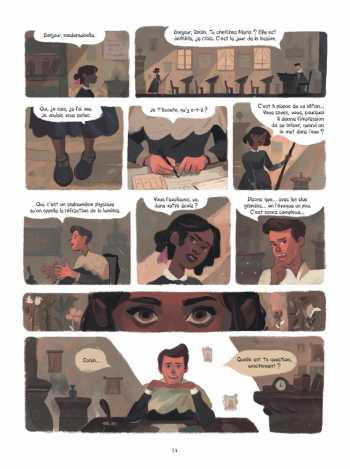 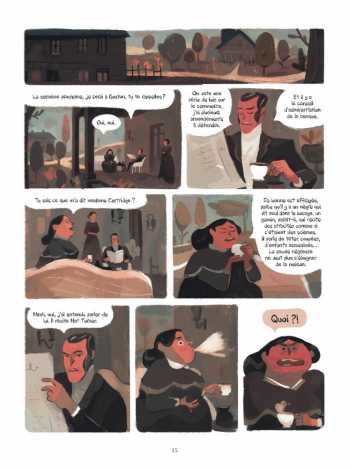 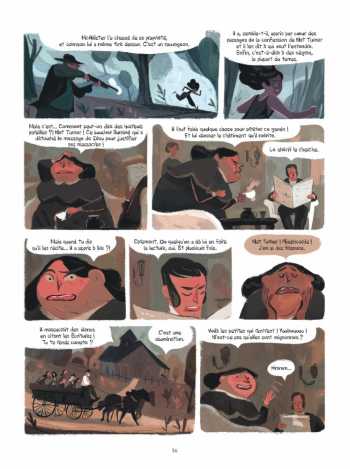 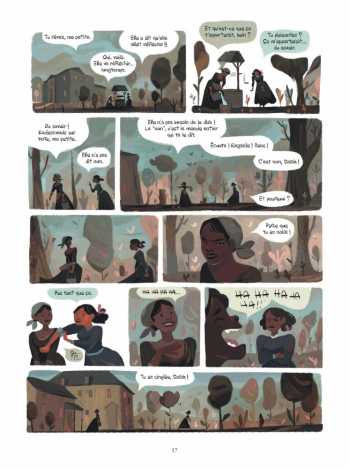 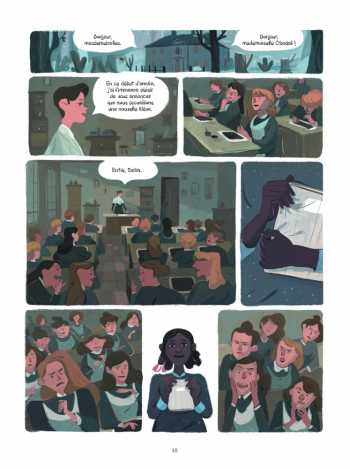 The new album illustrated by Stéphane Fert, the artist of Morgane, Quand le cirque est venu, and Peau de Mille Bêtes. It is set in a 1830s Connecticut girls school.

1832, Canterbury. In this small Connecticut town, teacher Prudence Crandall runs a school for girls. One day, she welcomes a young black girl, Sarah, into her classroom.

The local white population immediately sees this as a threat. Although slavery is no longer practiced in most northern states, White America remains haunted by the specter of Nat Turner: a year earlier, in Virginia, this black slave who could read and write lead a bloody revolt. For the people of Canterbury, education now rhymes with insurrection. They threaten to take their daughters out of school if young Sarah remains admitted.

Prudence Crandall takes them at their word and the school becomes the first school for black girls in the United States, thirty years before the abolition of slavery. Nestled in the heart of an ultra-hostile community, a few young black girls who have come from all over to study will become aware in spite of themselves of the danger they embody and the hatred they arouse when they have the nerve to want to rise above their condition. The good society counterattack will be led by Judge Judson, who will take the case to the Connecticut courts. Prudence Crandall, accused of breaking the law, will be imprisoned ...

The softness of the lines and the colors of Stéphane Fert perfectly serve this scenario by Wilfrid Lupano (Les Vieux Fourneaux), who was inspired by real facts to tell this story of solidarity and sorority from the point of view of black students.