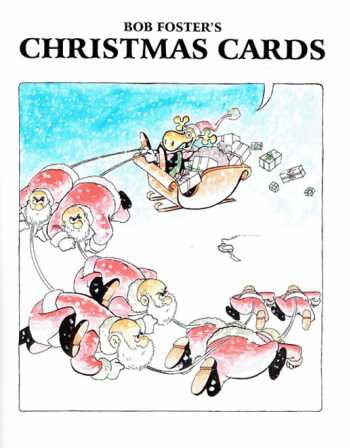 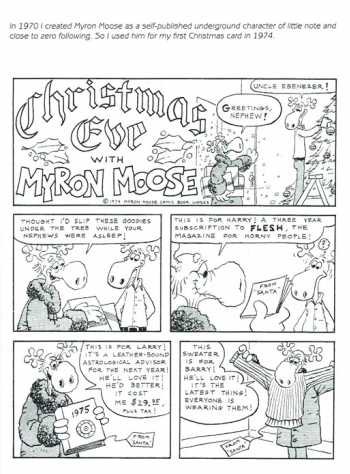 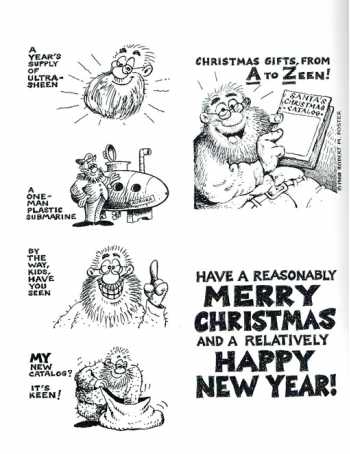 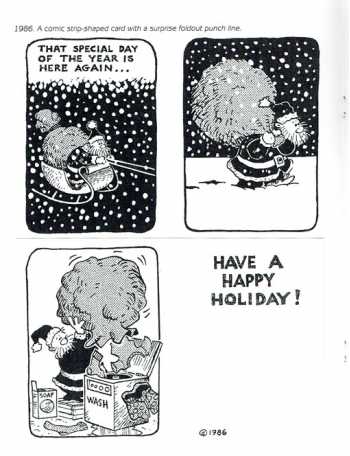 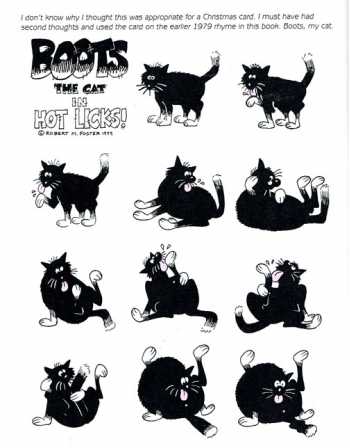 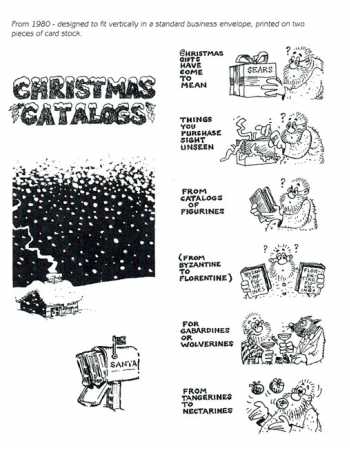 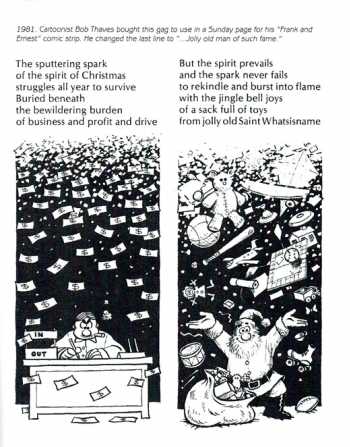 Veteran storyboard artist and comic book writer/editor Bob Foster reveals the Christmas cards he has sent to friends and artists over 44 years.

Bob Foster created Myron Moose Funnies in 1970 and from 1973 to 1975 wrote and illustrated The History of Moosekind for Marvel's CRAZY magazine. Throughout the 1970s he was an assistant animator and animation layout artist for Filmation, Hanna-Barbera, DePatie-Freleng, and Marvel.

In the 1980s he was a staff writer/artist for Disney Publishing. He wrote the Donald Duck newspaper comic strip 1980 - 1990. From 1980 until 1985 he was simultaneously an animation layout supervisor. When Disney took over from Gladstone and published the comics themselves, he held the position of Managing Editor for the entire line. He was also editor of Walt Disney's Comics and Stories, Uncle Scrooge Adventures, Donald Duck Adventures and DuckTales from 1990 until 1992. In 1992 he moved to Denmark to be an art director and script editor for Disney Comics at Egmont.

In 1994, he returned to Los Angeles and animation as a storyboard artist for Warner Bros., Nickelodeon, Fox, Wild Brain, Scholastic, Dreamworks, Laika, Sony and Disney. He was President of The Animation Guild, from 2010 to 2013, until his retirement.