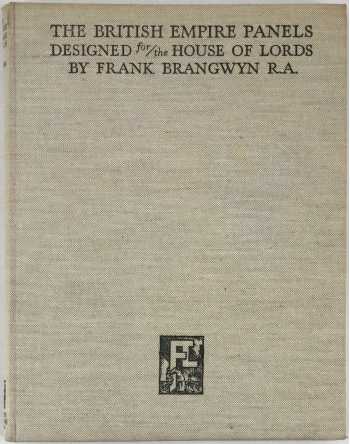 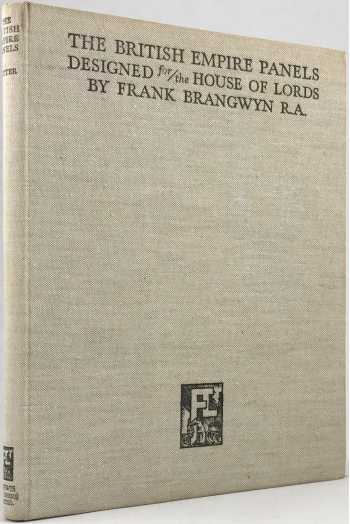 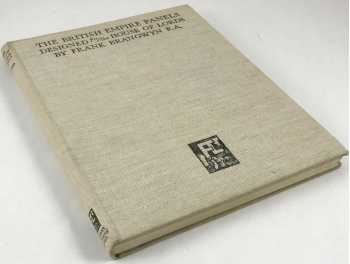 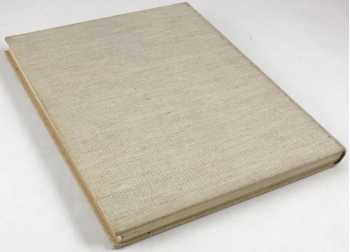 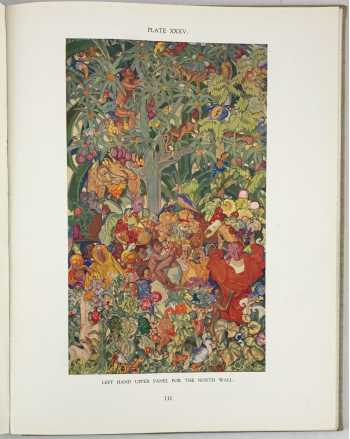 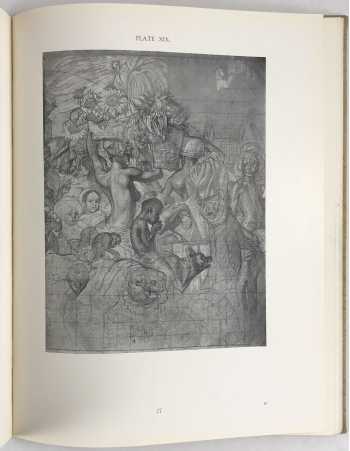 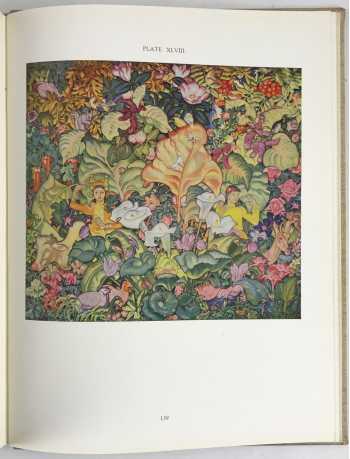 This beautiful monograph is devoted to Brangwyn's most famous mural commission begun in 1925 and completed in 1932 ("The huge British Empire Panels are amongst the most important examples of his decorative work on a large scale.").

"Brangwyn's intention was to enliven the gloomy Royal Gallery with 'decorative painting representing various Dominions and parts of the British Empire'. No geographical logic was intended; the panels have a spirit of fantasy showing a protected world of beauty and plenty, based artistically on Brangwyn's many travels and also his studies of animals in London Zoo."

Controversy caused the panels not to be hung in the Royal Gallery in the House of Lords ("the scheme was thought to be too colourful and lively") and the panels were eventually hung in a specially built hall in Swansea.

"The contents of this book are reproductions of drawings, sketches and completed panels by Frank Brangwyn."

The book reproduces artwork for three different schemes for the gallery: the first depicting WWI subjects, and the second heraldic (both abandoned); and a third "the beauty of Greater Britain" ("this wealth of material resources, this luxuriant beauty of fruit and flowers, forest, and animal life...").

This book contains all 18 completed panels in color and four exemplary color cartoons (preliminary drawings) are also reproduced in color.