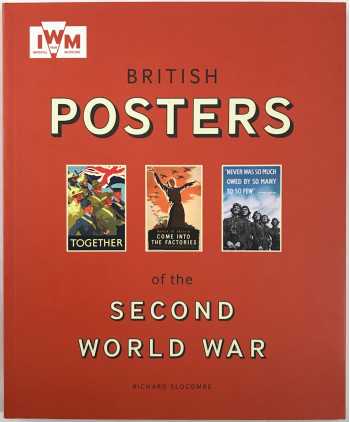 British Posters of the Second World War presents one hundred posters from this important period in world history. Some proclaimed in bold type that "Victory of the Allies is assured" and featured stalwart British soldiers alongside exaggerated enemy figures. Others, however, hung on the walls of bus and railway stations, town halls, and pubs, called for continued self-sufficiency, urging Britons to raise chickens and join "pig clubs." As the threat of espionage came to be regarded as ever-present, another category of posters cautioned soldiers and civilians alike against talking about the war: "Furtive Fritz is always listening" warned one; another, "Keep mum she's not so dumb."

Drawing on the Imperial War Museum's impressive collection of materials related to conflicts involving Britain in the twentieth and twenty-first centuries, British Posters of the Second World War explores these campaigns and many others with an introduction and explanatory text by the museum's senior curator, Richard Slocombe.