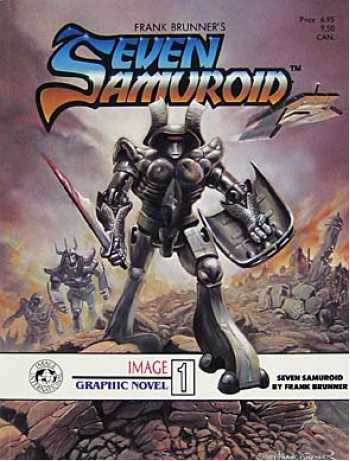 A graphic novel. "Two thousand years before the events of this story, there was a terrible war within a galactic union. The war began with economic and political issues, but robots became the public issue and the conflict was to become known as the Robotoid Wars ever after. During this period of technology, robot technology reached its zenith and the Samuroids were created by a group of non-political geniuses to defend the rights of innocent beings..."