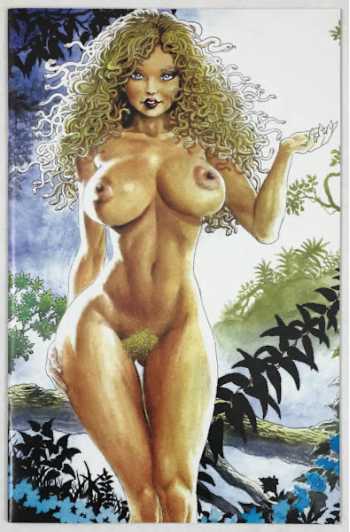 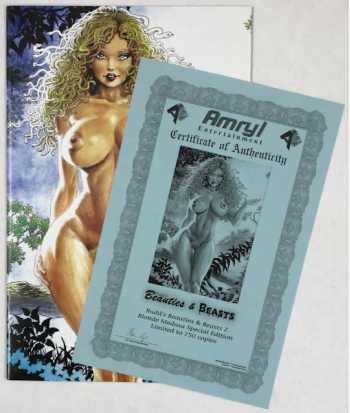 This Special Edition with a variant cover of a nude Blonde Medusa by Budd Root is limited to 750 copies and includes a Certificate Of Authenticity from Amryl Entertainment.

The first book got rave reviews, so here's the second! Budd's Beauties & Beasts is devoted to the uncensored side of Budd. Featured in this issue is a spicy all-new short-strip called 'Cavewoman & Grandson of Kong.' There's a tribute to the Famous Monsters of Filmland and the women they so desperately crave, as well as a sneak peek at two of Budd's newer characters who are raising some eyebrows - the beautiful but dangerous Blonde Medusa and the Were Tigress of Ranthambhore! So, if you're moved by monsters and maidens, if you've got a feeling for fabulous females and fearsome fiends, and if bewitching bountiful beauties and baleful barbarous beasts are your thing, then join the club!