Sign in | Register
HomeNew ArrivalsCages - Signed with a Drawing 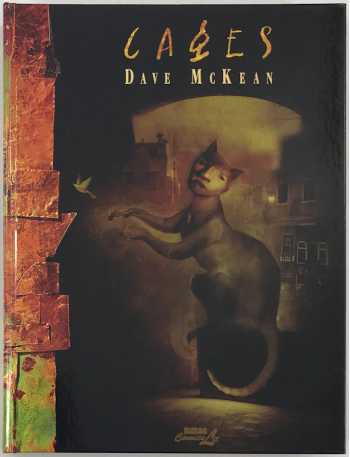 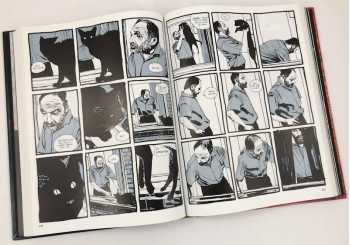 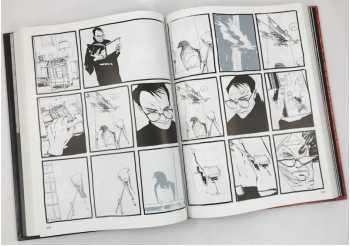 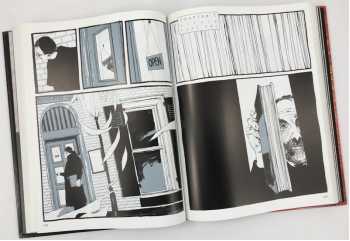 Signed by the artist with a full-page drawing on the front free endpaper.

An early hardcover of McKean's classic graphic novel, about the inhabitants of an apartment building, including a blocked painter, a controversial novelist, and a wise musician. Collecting Cages #1-10 (1990-96).

This is a 2002 second printing of the NBM edition after the 1998 Kitchen Sink edition.

"Best known for his work with Neil Gaiman, McKean is also an accomplished cartoonist in his own right. This is his magnum opus to date: an immense, pulsing graphic novel that's also a treatise on art, creativity and the uses and misuses of technique. Originally serialized between 1990 and 1996 (and collected in 1998), it's been out of print for several years. The book's plot is fairly rudimentary: a painter, a writer and a musician who live in the same apartment building find their lives intersecting. But the book's gradual shift from literalism to fanciful allegories and stories-within-stories mostly serves as the springboard for a visual tour de force. For most of the book, McKean restricts himself to wobbly, jagged two-tone pen-and-ink drawings, occasionally in the manner of Egon Schiele. But he often signals shifts in storytelling mode by switching media or style (to ink-wash brushwork, airbrushed photography, white-on-black "woodcuts," bold near-abstractions or whatever seems appropriate); when the artwork erupts into full-color paintings and collages, the effect is explosive. Even when the story falters or drifts into endless philosophical chitchat, McKean's artwork saves the day. His characters, built out of crazily bent lines and splatters, have perfectly choreographed body language, and his daring visual experiments serve the ideological goals of his writing."

Very Fine, issued without dustjacket
Signed by the artist with a full-page drawing on the front free endpaper