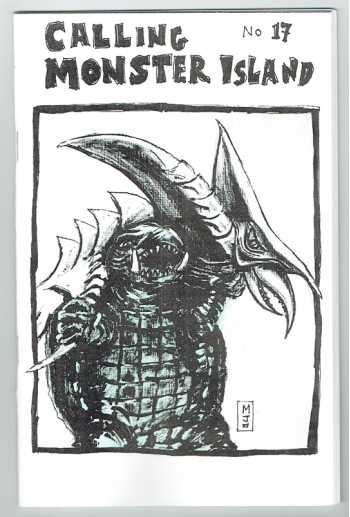 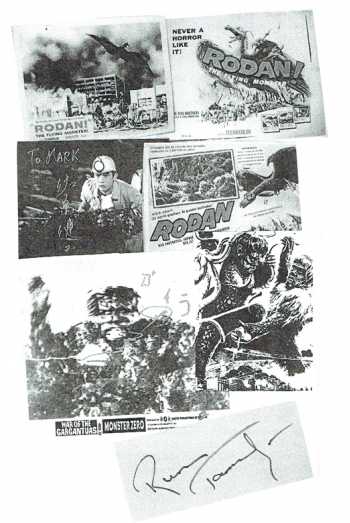 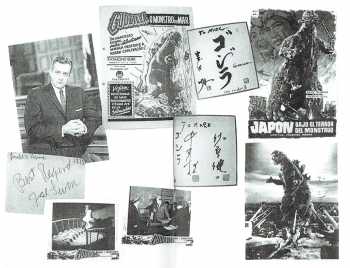 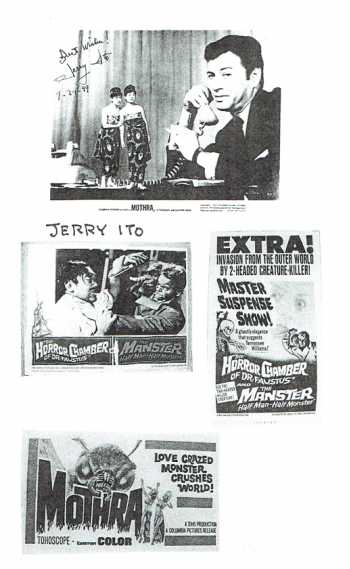 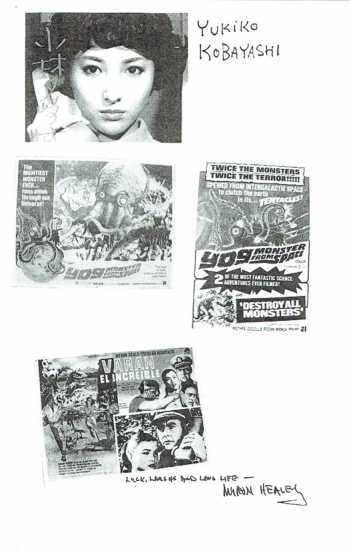 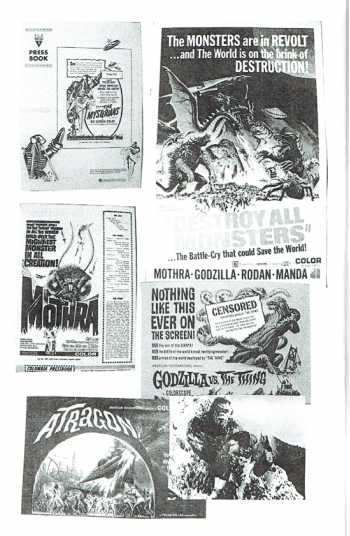 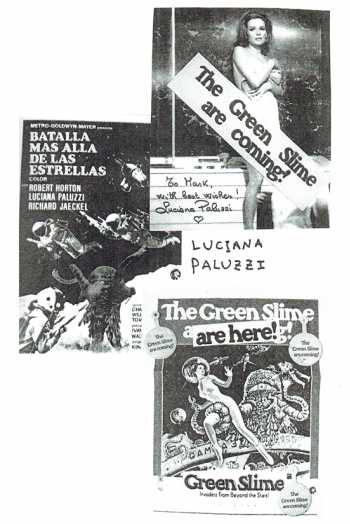 This fanzine devoted to the classic monster movies is produced solely by Long Beach artist and horror enthusiast Mark Jiro Okui. This issue is devoted to Japanese monsters:

From the Files of Forry Ackerman,"Giant Beast Wolfman vs. Godzilla"

A big part of my childhood was watching and re watching giant monster movies on TV. Back in the pre-VCR days, I would comb through the TV Guide looking for titles of movies that looked like giant monster films. Hopefully they were at a time I could watch them after school or early evening. Since the VCR had not yet been invented, I would just watch the same movies over and over. Sometimes I would tape the audio track of the films.The following list is the Japanese fantasy films that I remember fondly from childhood. Perhaps some of them being on high rotation may play a part in me liking them. The versions I saw on TV were dubbed into English. When watching a foreign film now, I prefer subtitles and the audio in the language spoken. But since dubbed is the way I first saw the films, I have a certain nostalgia for those versions....