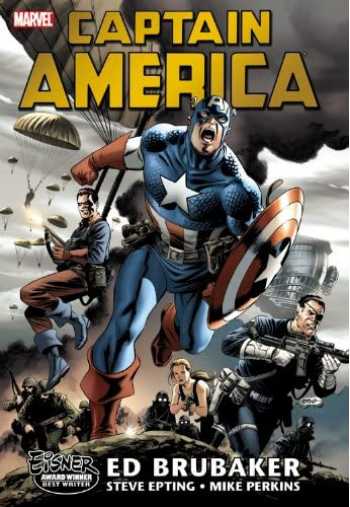 This deluxe hardcover, fat-packed with extras, features the story that stunned readers worldwide and sent shockwaves through the entire Marvel Universe: the death of Captain America!

Also including the return of Cap's wartime partner, Bucky Barnes, as the Winter Soldier; the death and life of his greatest enemy, the Red Skull; and the emergences of a new threat, General Aleksander Lukin, the head of one of the most powerful corporations in the world!