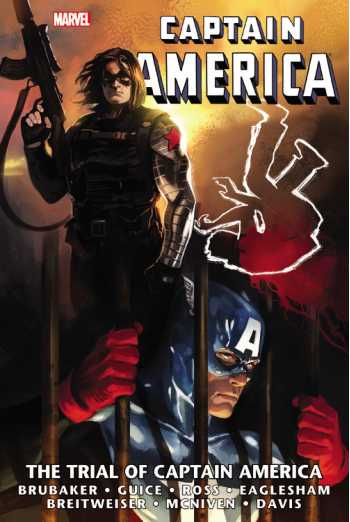 Bucky Barnes, the once and future Winter Soldier, took on the mantle of Captain America after Steve Rogers' seeming death. But now Steve is back, and the two Caps must decide which one of them will wield the shield! As the Grand Director, Baron Zemo and Sin make life difficult for the heroes, Steve settles into a new role as head of S.H.I.E.L.D. - and Bucky's secret past is exposed to the world! Now, Steve must race to keep Bucky from being swallowed up by a Russian gulag! But when tragedies strike and the Serpent Squad returns, will Steve have the strength to soldier on? Guest starring the Falcon, Black Widow and more!