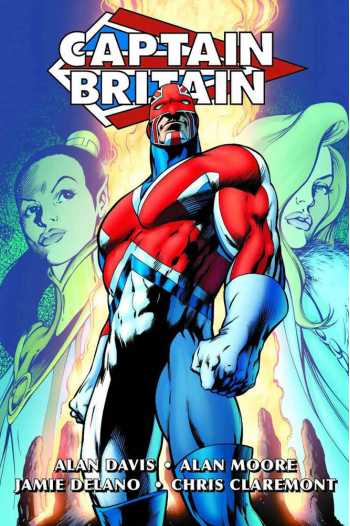 One of the Marvel Universe's most staggering sagas from two of Britain's most remarkable writers, collected in total for the first time! Captain Britain fights to save a universe...and fails! But a single reality is small change in the game Merlyn's playing against Mad Jim Jaspers, who's rewriting reality so he's the center of the universe!

Worlds collide, heroes and villains die, and Captain Britain's beside himself - except when he's fighting himself...to the death! Featuring the first appearances of the metamorphic Meggan, Opal Luna Saturnyne, the Captain Britain Corps, and more! Plus: Psylocke joins the X-Men, and the X-Men join Captain Britain on a cosmic quest into the secrets of life and death! The fiendish Fury, the horrific Horde and the malevolent Mojo are only a few of the adversaries who await within!

Near Fine in Near Fine dustjacket (lower corner lightly bumped)