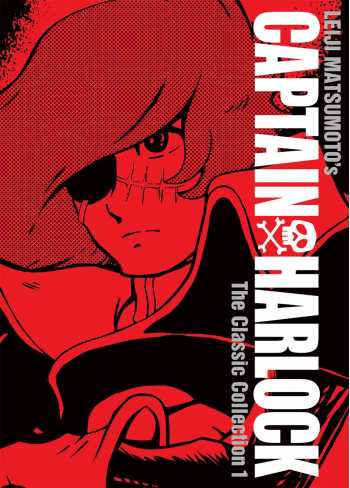 The original Captain Harlock series, introducing one of the most revered and recognizable characters in science fiction history released in English for the first time!

Introducing Captain Harlock, the fiercely independent space pirate who fights totalitarianism in every corner of the Universe. When a mysterious alien force invades Earth, teenager Tadashi Daiba joins up with the only people brave enough to defend the planet: Captain Harlock and his ragtag crew of renegades! Aboard the space battleship Arcadia, Harlock sets forth to uncover the truth behind the beautiful extraterrestrial women taking over his home planet.