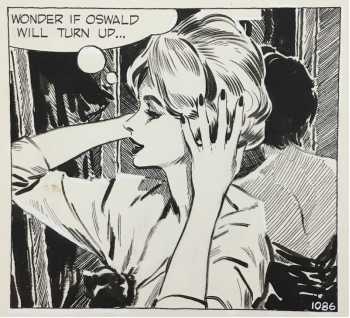 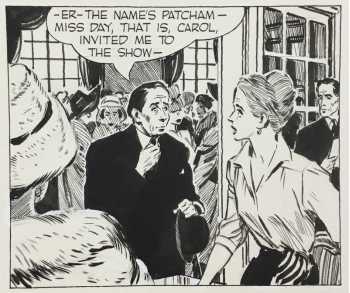 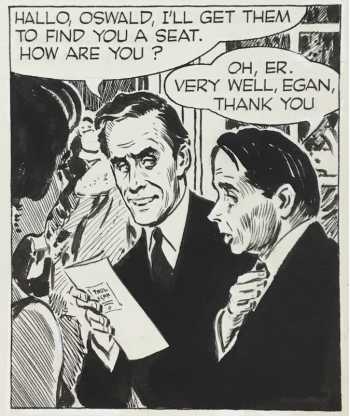 Daily Strip #1086. From the third year of the strip. Published in the London Daily Mail in 1960. Ink on thick illustration board.

Carol Day was a British soap opera comic strip, created by David Wright and Peter Meriton, and published from September 10, 1956 to May 25, 1967.

Carol Day was published in The Daily Mail and syndicated in around 70 newspapers around the world. It featured the every-day adventures of a young blonde model, Carol Day. She had a wealthy uncle in the Caribbean, Marcus, who serves as her guardian and help. David Wright drew the stories, while Peter Meriton provided the scripts.