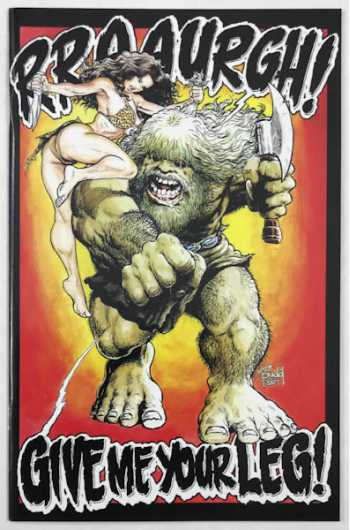 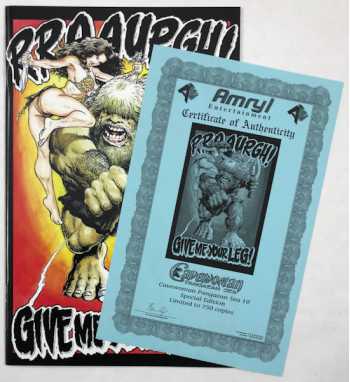 Story and art by Budd Root.

Cavewoman's best selling title returns with issue ten of Pangaean Sea! Horse eating spiders, fierce starving hellhounds, and Bruce the troll (a hulking monster of a man-beast who's favorite meal is human legs), are just a few of the obstacles Meriem must face on route to reuniting with her friends! Meanwhile, the omnipotent beast is coming for her, dooming all in its way! And in even worse news for our Cavewoman, the monstrous Klyde is becoming even more monstrous, at the hands of the 'Monster-Maker'. Seriously folks - don't use this chapter as a bedtime story or there will be screams in the night! But for you braver, more mature comic readers, you should have some glorious gruesome fun!