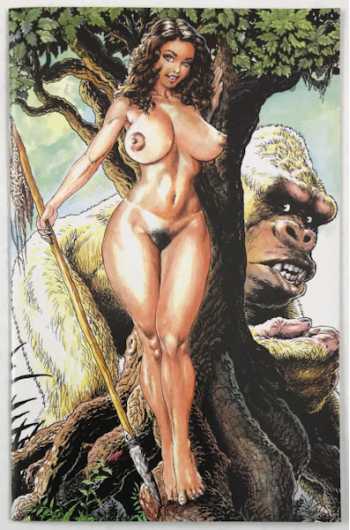 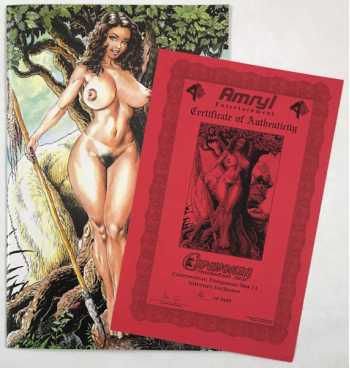 Internet Exclusive Edition is limited to 400 copies--signed & numbered by the artist on the inside front cover--and includes a Certificate Of Authenticity from Amryl Entertainment.

Story and art by Budd Root.

The omnipotent Harmonzilla has come to obliterate a city where corpses are left out on the curb like garbage, and Cavewoman with her friends are there to mop up whatever's left in the wake of the great monster! Meanwhile, another Cavewoman enters the den of the sexually stunning blonde witches, whose beauty is only eclipsed by their bloodthirsty lust for power, violence, and human flesh! Mature readers.

Very Fine
#16 of 400 numbered copies signed by the artist