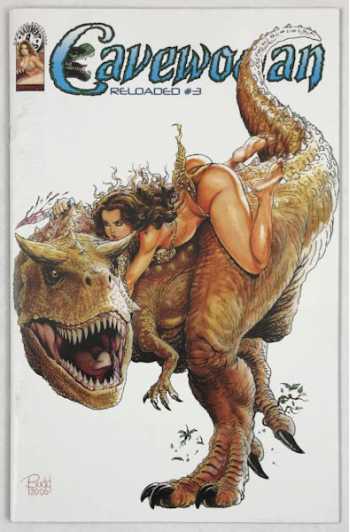 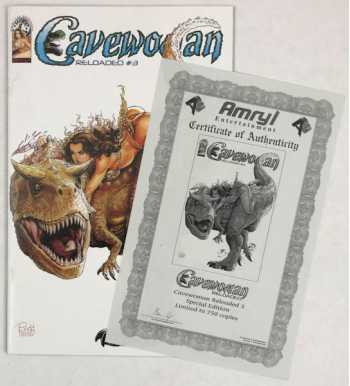 Cavewoman #3 was when Meriem really began to strut her stuff! The famous "skinny- dipping" scene is here, plus the first appearance of Klyde the ape. And it's also explained how this little girl grew up alone, and survived, in the age of dinosaurs! What wasn't explained is how she survived the brutal attack by a pair of Carnotaurs ? But now it is all revealed in a seven-page all-out war between woman and beasts! Plus, a heart breaking scene that wouldn't fit in the original issue is presented here for the first time. A total of nine new pages that adds savagery & tragedy to one of Budd's best books! Budd also paints a brand new cover for this super-sized 48 page issue! 48pgs, B&W