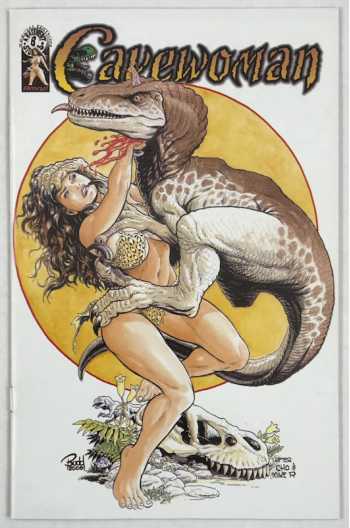 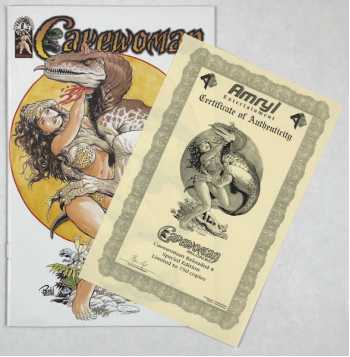 The original Cavewoman issue 4 featured Klyde's first full story appearance, as well as the now famous train wreck and its panic stricken survivors who quickly discover that the carnage has attracted predators they'd previously believed to be extinct! Originally considered by Budd to be drawn too small, Klyde is the star of this issue, and the new Reloaded #4 will give him the star treatment! Budd will be redrawing all the key sequences involving Klyde, as well as the battle between Meriem and the raptors that was far too tame when originally presented. Cavewoman readers will be treated to 40 pages of story, many of which will feature brand new artwork, in addition to the classic tale told almost a decade ago, all with a beautiful brand new cover.