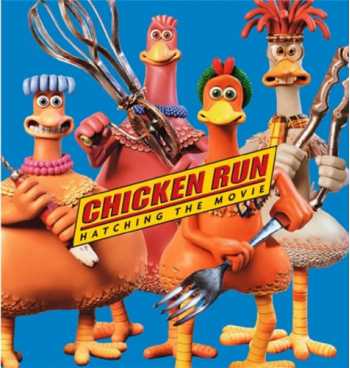 Chicken Run is the first feature film from Aardman Animation, the British 3-D animation studio that created the Academy Award-winning Wallace & Gromit short films. In this spirited comedy, to be released in the U.S. by DreamWorks in June 2000, a band of intrepid chickens led by an American rooster (the voice of Mel Gibson) and an English hen (Julia Sawalha of Absolutely Fabulous) bust out of their coop to avoid becoming chicken potpies -- and prove that some chickens are anything but. Here's the complete story of the making of this epic adventure. The book takes readers inside England's magical Aardman animation studio, where animators make movies (at a rate of four seconds per day) out of bits of clay, metal, paper, and wood. Based on extensive interviews with acclaimed directors Nick Park and Peter Lord and their gifted team of stop-action animation artists, and reproducing a wealth of visual material, the book is the next best thing to spending every day for three years building and playing with model chickens!

BRIAN SIBLEY, a well-known British author and radio personality, is coauthor, with Peter Lord, of Abrams' popular Creating 3-D Animation. An expert on animation, illustration, and fantasy literature, his many books include Shadowlands: The Story of C. S. Lewis and Joy Davidman, The Land of Narnia, and The Map of Tolkien's Middle Earth. He lives in London.