Sign in | Register
HomeNew ArrivalsChuck Jones: The Dream That Never Was 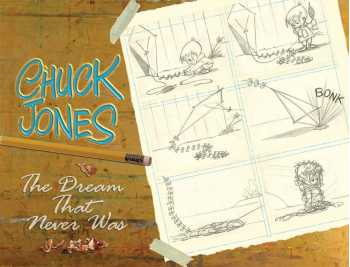 We all harbor a secret wish that we could find a previously unseen project by one of the greatest figures in animation history. Well, wish no more - celebrating the 2012 centennial of Chuck Jones''s birth, IDW''s Library of American Comics unveils Chuck Jones: The Dream That Never Was!

Chuck Jones: The Dream That Never Was follows the twenty-seven year journey it took Jones to bring Crawford to the public, from conception to storyboard to newspaper strip. This incredible volume is loaded with never-before-seen sketches, drawings, storyboards, and production notes, and the six-month run of the Crawford newspaper comic strip from 1978.

Accompanying the artwork is a biography of Chuck Jones''s career in the sixties and seventies and how it influenced the creation of Chuck''s only foray into the world of comic strips.