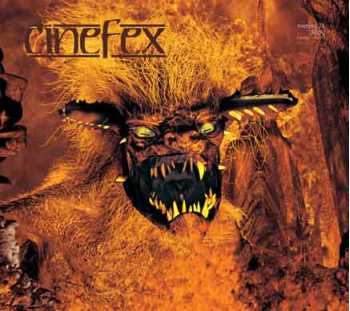 Spawn: With a Little Help From Our Friends - Article by Jody Duncan

To bring the comic book sensation Spawn to the screen, a trio of young upstarts from Industrial Light & Magic donned production hats and engaged in guerrilla filmmaking in the digital realm to create a lavish effects film on a slender budget.

For Batman & Robin - the fourth feature in the Batman Series and the second for director Joel Schumacher - visual effects supervisor John Dykstra drew upon the specialties of several effects houses to produce a series-high four hundred effects shots.